The Schumer-Machin “Inflation Reduction Act of 2022” will lead to higher inflation, harm Americans, and pay off special interests. The economy, inflation, and gas prices are the top issues for voters this mid-term as demonstrated by nearly every poll. This is probably why Chuck Schumer and the Senate Democrats decided to deceptively name their next blockbuster bill – which makes all the same mistakes that led to record inflation – the Inflation Reduction Act.
The reason why inflation in the United States is over 9 percent for the first time in 40 years is record government spending – trillions spent recovering from bad government COVID policies and even more spent on “infrastructure” studies. One would think that the Inflation Reduction Act would reduce inflation by reining in spending. This is not the case. I studied all 725 pages of proposals, watched several hours of debate on the bill, and there is not a single provision reducing spending or otherwise dealing with United States monetary policy.This bill is so full of spending on pork that it stinks worse than the manure at a dairy farm. And speaking of cows, the proposal would provide over $8 billion for “prioritizing proposals that utilize diet and feed management to reduce enteric methane emissions for ruminants.” Translated, the government wants to spend your hard-earned tax dollars studying cow farts. Regardless of what you may think of bovine flatulence and its impact on the environment, how will this special interest spending assist American families in coping with record inflation?Inflation happens when the government spends money faster than it can print it, not to mention faster than it can collect tax revenues. When the government prints money, it devalues the dollar. When the dollar is devalued, prices naturally rise which requires Californians to pay more for gas, food, and other daily needs. According to the Congressional Budget Office, this bill will increase our national debt by 1.6 trillion.The Inflation Reduction Act is also full of tax breaks for special interest groups. Maybe we should call this the “accountant and tax preparer full-time employment act.” Or, perhaps it should be called the “special interests retirement savings account act,” since the proposal contains revisions to national tax policies, ensuring that well-connected corporations who can employ armies of accountants will see their tax liabilities reduced. And I thought the Democrats were the party of the people. Schumer and his colleagues are acting like the party of the wealthy elite.With an increasingly complex tax code, Democrats know that the Internal Revenue Service will need more agents to audit compliance. Because of this need, the Inflation Reduction Act doubles the number of IRS agents, costing taxpayers a whopping $45 billion for 87,000 new agents. Of course, by doubling the number of agents, the IRS will target not just corporations, but average Americans, as well. Increasing government bureaucracy will not solve inflation. It will not help Californians who are paying nearly double what they were in 2020 to fill their vehicles’ gas tanks. It will not help Californians who are paying more than 30 percent for groceries. The Inflation Reduction Act will do nothing to help reduce inflation and help the average Californian. Politicians in DC must stop paying off special interests and donors and must start protecting our pocketbooks. Our elected representatives should start tackling the tough issues – it is why we elected them. But voting the same politicians into office and expecting different results is the definition of insanity. If elected to the United States Senate, I could never have voted for the Inflation Reduction Act. My focus will be on ensuring Californians have the best quality of life and slowing the rate of inflation by limiting government spending. 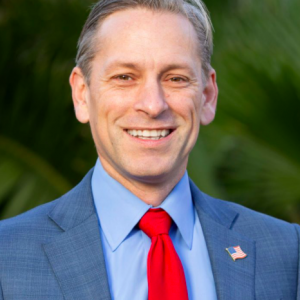 Mark Meuser
Attorney Mark Meuser is a member of the Dhillon Law Group where he has focused on Election, Political, and Constitutional Law. At Dhillon Law Group, he has had the privilege of protecting critical First Amendment rights. Meuser, a native Californian, is a candidate for United States Senate.

Latest posts by Mark Meuser (see all)
Spread the news:

11 thoughts on “Adding Fuel to the Fire: The Inflation Reduction Act of 2022 Will Lead to More Inflation”