Home>Articles>Authorized Power Outages Leave Californians Sweltering and In the Dark
10 Jun 2019 2:11 am

Over the weekend, PG&E turned off power in Napa, during a heat wave, only restoring power later in the day. More power outages came at 9 p.m. to customers in Butte County, Yuba County, and Sierra Foothills.

The Los Angeles Times called it a “precaution:” “Yolo County fire grows to 1,700 acres; PG&E shuts off power in parts of Northern California as a precaution.”

Southern California Edison also has numerous outages, and San Diego Gas & Electric has shut off power, although not this weekend, or this season, a spokesperson confirmed.  All of the energy providers are worried that transmission lines may start a fire. PG&E has been warning they will be de-energizing power lines in at-risk rural areas during windy days, to avoid a repeat of the deadly wildfire in Paradise, CA last year that killed 85 people and destroyed 15,000 homes in the area.

There has been little to no discussion about people confined to home, reliant on consistent electricity for medical devices: respiratory aids, electronic muscle stimulators, artificial Pancreas devices, devices that measure blood coagulation, and breast pumps, to name a few.

California utilities and energy providers have been warning about power outages for years, and ramped up this idea for this summer. Recently the California Public Utilities Commission approved power outages by utilities as a way to prevent wildfires.

There have been talks about power outages for over a decade. The California Public Utilities Commission has rejected previous attempts, but following the deadly 2018 fires, allowed shutoffs under the guise of protecting public safety.

Yet this comes as California has taken nuclear power plants offline while increasing mandates for wind and solar. Nuclear power is clean and reliable; wind and solar power, while clean, are unreliable and significantly more expensive.

California utilities and energy providers have been warning about power outages this summer anyway, and not in terms of security and safety, but because of an anticipated lack of available power. The CPUC outage authorization provides the utilities cover.

What they refuse to address is how utilities can keep expensive and unreliable renewable energy contracts for wind and solar while they cut the reliable power that generates electricity and is needed as backup for wind and solar. The electric power supply is primarily coal, the second-largest energy source for U.S. electricity generation in 2018.

Renewable Energy Mandates Are Experimenting On the People of California

“Besides having the most expensive electricity west of the Mississippi River in the continental U.S., California already has the least reliable electricity,” Forbes reported. “California easily leads the nation with nearly 470 power outages a year, compared to 160 for second place Texas, which is really amazing because Texas produces 125% MORE electricity! (here).”

“California’s reliability problems will be multiplied as more wind and solar enter the power mix, intermittent resources located in remote areas that cannot be so easily transported to cities via the grid.”

In 2011, California passed the Renewables Portfolio Standard setting the mandate at 33 percent renewable energy by 2020. When it became clear that California was nearly there, in 2015, the Legislature moved the bar again and passed SB 350 the “Clean Energy and Pollution Reduction Act of 2015.” SB 350 requires the state to procure 50 percent of electricity from renewable energy and double energy efficiency savings by 2030. In 2018, Gov. Jerry Brown signed Senate Bill 100, setting a 100 percent clean electricity goal for the state, and issued an executive order establishing a new target to achieve carbon neutrality – both by 2045. These mandates leave utility companies no wiggle room.

Using more renewable energy causes the entire electricity grid to be unreliable because sun and wind are intermittent and inconsistent. And, energy costs in California are among the highest in the nation, and only continue to increase due to California’s mandates of renewables in electricity production.

Only one year after adopting SB 350, the announcement in 2016 from PG&E that it was closing Diablo Canyon Nuclear Power Plant ironically came on the same day there were rolling blackouts in Los Angeles amidst sweltering temperatures. PG&E said they planned to replace the loss of the cheap, clean nuclear energy with renewable energy.

Yet in 2015, all wind energy in California only produced 12 billion kWhs, scientist James Conca explained to me in 2016. “The two Diablo Canyon nuclear reactors produce 17 billion kWhs every year, and will for the next 20 years if not prematurely closed for political reasons.”

The closure will drive direct increases in natural gas use, which will be further increased due to the need for backup and balancing the volatile wind and solar output. California cannot rely on renewable energy without natural gas.

In 2013, Southern California Edison closed the San Onofre Nuclear power plant, which Conca said was not necessary. “Shutting down a nuclear plant that is operating costs more than to keep it running,” Conca said. “San Onofre could have continued to operate at 90 percent capacity for the next two decades. Nothing is perfect, we just need to deal with it.”

California liberals love their electric cars, but don’t ever acknowledge where the power comes from to charge the batteries—Coal. In fact, the bulk of our energy comes from coal as electricity is not naturally occurring in nature.

California has the fourth-largest share of the nation’s crude oil reserves, and ranks third in the nation in petroleum refining capacity. 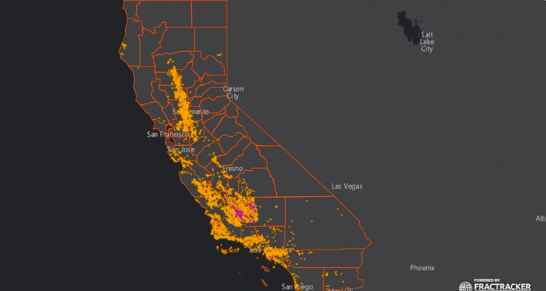 California also sits on two-thirds of America’s shale oil reserves.  The Monterey Shale Formation is four times the size of the Bakken Shale Reserve in North Dakota, which is now the largest oil producer in the country behind Texas. A study found that exploiting Monterey shale could generate up to 2.8 million new jobs and add 14 percent to the state’s GDP by 2020, near the peak of production. Instead, Gov. Brown tried to ban the sale of internal combustion passenger vehicles in the state, and signed legislation to mandate 100 percent renewable energy by 2045.

“Some of the renewable-energy projects being built in California are so expensive that ‘people are going to get rate shock,’ according to Joe Como, of the Division of Ratepayer Advocates, the consumer advocacy arm of the California Public Utility Commission,” the Manhattan Institute reported. “‘In the long run, the approval of overpriced renewable energy will harm ‘the states’ efforts to achieve greenhouse gas reductions.’”

“It would take 18 of California’s Ivanpah solar farms to produce the same amount of electricity that comes from our Diablo Canyon nuclear plant,” Michael Shellenberg reported in Forbes. “And where just one set of transmission lines are required to bring power from Diablo Canyon, 18 separate transmission lines would be required to bring power from solar farms like Ivanpha.”

“What is most remarkable about U.S. states heavy in solar and wind is that electricity prices rose so much given the huge decline in natural gas prices,” Shellenberg said. “But the more solar and wind are added, the problem is worsened, not improved, which is why the economic value of solar and wind decline as they become a larger part of the grid.”

Most countries around the world think that it’s a good thing to have cheap energy. But in California, we have plenty of cheap energy available, just not the political will to access it. Californians are indeed guinea pigs for for the renewable energy scheme.