In February of 2021, a certain Big Tech social media platform announced an expansion of its content moderation to include blocking “false” and “debunked” claims surrounding COVID-19, including the theory that the virus leaked from a lab in Wuhan, China.

Five months later, the Biden Administration (and a growing number of media outlets) now believe the lab leak theory to be a real possibility.

Now, after the election has safely passed, that moratorium has been lifted and such stories can be shared. The laptop’s authenticity, incidentally, has never been “debunked” by any news outlet or even Hunter himself.

These clear examples of the suppression of information and open and honest debate by social media oligarchs should be bright red flags for anyone who cares about free speech.

But as alarming as those episodes were, now comes a situation which ought to chill anyone who has respect for the 1st Amendment to the U.S. Constitution.

The Biden Administration is now openly admitting to sifting through the personal social media posts of private citizens and “flagging” posts they deem to be misinformation. White House press secretary Jen Psaki went as far as recommending that someone who is banned on one social media platform should be banned on all of them.

Previously, leftists claimed that these social media giants could ban whomever they wanted, since they are private companies and not government agencies. But when the White House initiates the banning process, what’s the new excuse?

Even though the polarizing election of 2020 is behind us, the assault on free speech by today’s Democratic Party and their Big Tech allies continues to ramp up. The social media overlords abuse their monopoly and destroy free speech and open debate.

That’s why new and emerging social media apps, like GETTR, are receiving so much attention.

Within three days of launching on July 4th, GETTR registered more than a million users – reaching that milestone faster than any other social media platform in history.

With a mission to be the marketplace of ideas with best-in-class technology, GETTR is quickly gaining recognition as a place where the exchange of competing ideas is welcome in a “cancel free” environment. On GETTR, no user will be de-platformed over a political opinion.

In addition, GETTR is winning converts from other social media platforms through better technology and more features. Posts can be much longer (777 characters), video clips can run up to three minutes, photos are sharper, and users have access to robust editing and enhancement features for video and pictures within the App itself. New users also have the option of a one-time importation of their existing tweets – a feature that Big Tech is currently interfering with, though it is an issue which GETTR expects to clear up shortly.

There are more user options to come in the near future, including “tipping” and online appreciation for content creators, the ability to donate directly to political campaigns, and live-streaming video functionality.

All of these are reasons GETTR has taken off like a rocket ship, and not just in the United States.

A plurality of GETTR’s users are Americans, but it has broad appeal in other areas of the world. People have opened accounts in countries on all of the continents, with Brazil emerging as a top international audience.

Think about it this way: Millions of Americans are alarmed that a handful of high-tech CEOs in Silicon Valley can limit 1st Amendment rights. Now imagine that you are a citizen of another country and discover that a small group of Americans is controlling what you can say and what information you can access.

Now further imagine the reaction when people learn that it is the White House calling the shots.

This calculated stifling of free speech is a global problem, particularly now that the Biden administration is involved in the suppression.

The view held by Voltaire, according to a later historian, was, “I disapprove of what you say, but I will defend to the death your right to say it.”

That healthy attitude toward free speech has been rejected by the social media giants and Joe Biden’s White House.

It’s been replaced by, “I disapprove of what you say and will prevent you from saying it.” 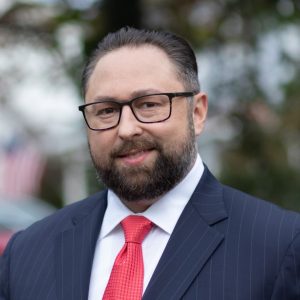 Jason Miller
Jason Miller is the CEO of GETTR and a former Senior Advisor to President Donald J. Trump.

Latest posts by Jason Miller (see all)
Spread the news: