When you consider adjectives to describe what a county board of supervisors meeting is, exciting probably isn’t the first that comes to mind.

The Dec. 8, Sacramento County Board of Supervisors meeting, however, proved an exception to the rule when protestors began banging on the doors and demanding entrance into the building.

Cries of “This is a public meeting, you have to let us in,” can be heard on camera, spoken by an unidentified woman before board members begin to perk up.

Shortly thereafter, security personnel are called to quiet the crowd of nearly 30 who gathered outside the doors while a brief recess is called.

As the Sacramento Bee reported, the board members were debating an emergency ordinance that would have allowed Code Enforcement and law enforcement personnel to fine businesses $10,000 for disregarding COVID-19 lockdown regulations, while also fining individuals who flout the mandates $25 to $500 per offense.

A woman identified as Gabrielle from Stand Up Sacramento County said the group is made up of small business owners, independent contractors and average people whose lives have been affected by government-mandated shutdowns.

She said they showed up en masse because businesses have already suffered through two shutdowns, with another looming, and members of her group are feeling righteous anger at this attempt by health authorities to take a punitive stance against individuals and small business owners just trying to make a livelihood.

After an hour-long recess, the board returned to the room and began to discuss allowing an emergency ordinance that would have allowed enforcement of the aforementioned public health order.

The mood had clearly shifted in the room.

“We’ve decided to pull the bill, pull the ordinance, today and bring it back in the future — maybe next week, maybe not,” said Dr. Peter Beilenson, health director for the county’s Department of Health Services.

“It will be based on trying to reduce the number of gatherings rather than businesses,” he said.

Ultimately, several board members were made sufficiently uncomfortable by the idea of fining people for failing to comply with COVID-19 lockdown dictates. It’s clear something changed during the hour when the supervisors had left the room.

To help fill into the gaps, Gabrielle filmed a Facebook live video, where she reported, “(They) got over 2,500 emails of public comments from Sacramento County.”

It’s clear most of those writing were opposed to the idea, since it’s fairly rare for ordinances brought up for public discussion to be so quickly removed for seemingly no reason.

Ultimately, the will of Sacramento residents was heard. Very few are asking for more punitive measures to be taken against businesses that are already financially strained and trying their best to work within the framework of those COVID-19 guidelines while also staying afloat financially.

Groups like Stand-Up Sacramento County, made up primarily of businesses owners and concerned citizens, are doing what they can to stop tyrannical government overreach from finding its way into local decision making.

At the time of this original writing, it was unclear if the ordinance would be coming back. However, the Board of Supervisors announced on Dec. 15 that the public would not be allowed in the building for this week’s meeting, claiming it’s a matter of “public health and safety”.

Months of being lectured to about “public health and safety” by our elected overlords, only to watch them break their own rules, has made it clear government officials don’t actually believe what they’re telling us.

The move by the Sacramento County Board of Supervisors to keep the public out of their meeting is a nakedly political move to push through their agenda without having to hear from We The People.

Many people are at their breaking point, and elected officials would do well to remember who pays their bills and put them into power in the first place. 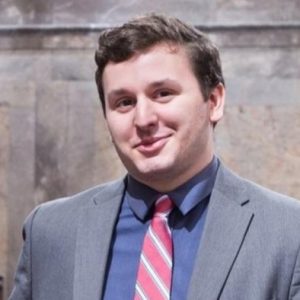