In spite of this testing increase, the number of documented new infections nationwide has remained flat.

Inexplicably, many of these scare stories make no mention of the corresponding vast increases in Covid-19 tests. “There are a lot of reasons why coronavirus cases are spiking around the country,” writes Politico, which proceeds to list several so-called contributing factors, including “state leaders [who] were slow to impose Covid restrictions and quick to lift them.”

Missing from this list: any mention of vast increases in testing.

Over the last week, the country has conducted 3.4 million tests, about 40 percent more than one month ago. Given numerous antibody studies showing that the disease is far more widespread than just those with official positive diagnoses, it shouldn’t come as a surprise that case counts are rising with testing capacity.

What’s more of a surprise is that, in spite of this testing increase, the number of documented new infections nationwide has remained flat. Even in states that are supposed “hotspots,” the number of new cases has generally tracked new tests. Same story here in California.

This testing data, then, hardly justifies pausing societal reopening as the media claim. Rather, the latest virus information provides additional justification to proceed with the return to normal life.

The CDC recently revised its estimated Covid infection fatality rate down to just 0.3 percent. That’s more than an order of magnitude lower than the original estimate used to justify societal lockdowns. The number of Covid deaths continue to decline, falling in half nationally over the last month, according to a seven-day moving average.

The curve hasn’t just been flattened, it’s been crushed. Yet the media and some politicians, including California Gov. Gavin Newsom, have shifted the shutdown goalposts from flattening the curve to eradicating the virus.

In other words, if you’re young or healthy, this disease poses a similar threat to the seasonal flu and, at worst, the 1957 Asian flu or the 1968 Hong Kong flu, neither of which brought about economic lockdowns. It’s worth investing resources to protect the most vulnerable among us — the sick, aged, and institutionalized — but Covid doesn’t justify maintaining current societal restrictions, which have significant consequences of their own.

The biggest impact of lockdowns that I’m seeing as a physician is people delaying needed medical treatment for fear of catching Covid. Cancer tests and diagnostic screenings are down about two-thirds, according to one analysis. People with chronic diseases are skipping the chronic care needed to treat them. Given the importance of early treatment, the lack of doctor visits poses a major threat to lifespans.

The CDC recently revised its estimated Covid infection fatality rate down to just 0.3 percent. That’s more than an order of magnitude lower than the original estimate used to justify societal lockdowns.

There are also socio-economic consequences that cause mortality increases. Roughly 45 million Americans, and 5.4 million Californians, have filed for unemployment benefits over the last three months. The relationship between unemployment and all-cause mortality is clear. Every percentage point increase in unemployment is associated with 37,000 excess deaths.

Alcoholism, depression, and domestic abuse are all on the rise. Hard liquor sales are up by 75 percent, according to one estimate. There’s a national shortage of Zoloft, a popular anti-depression medication. And community activists around the country, including in California, are sounding the alarm about rising domestic violence rates. Suicides will almost surely rise.

These are the types of stories that need to be told. We don’t need more click-bait about rising infection rates that ignore associated testing increases. We’ve flattened the curve. Now it’s time to restart the moribund economy, which poses a much greater threat to the average person than this disease. People should follow these facts over the media’s fear. 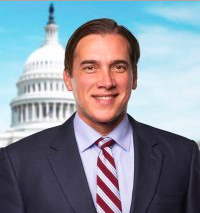 James Veltmeyer
Dr. James Veltmeyer is one of San Diego’s leading physicians and a national leader in the battle for common-sense and affordable health care reform. He is a partner of the Job Creators Network Foundation.He is the author of the the “Health Care by the People, for the People” direct-payer health reform plan which has been covered in both local and national media. Dr. Veltmeyer’s plan would restore the doctor-patient relationship by limiting the role of government and private insurance companies in the health care process.

Latest posts by James Veltmeyer (see all)
Spread the news:

8 thoughts on “Covid Facts, Not Fear, Should Drive California Reopening”