In 2001, California experienced an energy crisis.  The Governor and Legislature were incapable of untangling the Gordian Knot and the entire state suffered through a series of blackouts.

At the time, I was beginning my second term in Congress representing Sacramento and seven rural counties stretching north.  The impacts on people’s lives and businesses were immediate and substantial. The problem, among others, was that energy producers serving California were unwilling to offer power to retail providers in California because they didn’t think they’d get paid.  Working with the Federal Energy Regulatory Commission (FERC) and Congressman Jerry Lewis, we submitted a bill that outlined a “must offer” process whereby producers delivered energy to the grid and people’s homes and businesses were able to get power. The bill was submitted to make a point: FERC needed to know where the California congressional delegation stood regarding solving the problem.  The bill served the purpose of advising FERC of where Members of Congress stood.

Almost twenty years later, California finds itself again struggling with energy supply issues.  The state has made great strides since 2001 to lessen dependence on coal or high pollutant energy production. Huge private investments throughout the state in natural gas generation, solar generation, wind generation and geothermal generation have significantly diversified the portfolio of sources for power. The ability to estimate demand has improved tremendously.  These are all positive contributions to the daily challenge of providing power throughout the state.

However, over the last ten years, under the direction of Governor Brown and Governor Newsom, consistent with policies passed by the Legislature, the California Public Utilities Commission has adopted Resource Allocation Standards that are insufficient to meet peak in-state demand, and when there are heat waves in the western US, the PUC plan has resulted in a disaster. It’s almost as if our leaders think running a power grid is a faith-based exercise. Our leaders are making their decisions based on faith that other areas won’t have hot weather when we do.  At the direction of the PUC, thousands of megawatts of in-state generating capacity have been taken off-line in order to meet climate change goals dictated by the Governor and the Legislature. The market demand for power has shifted to later in the afternoon. There has been insufficient new in-state power generation capacity developed within California to backfill the capacity that has been taken off-line. When neighboring states have hot weather and their residents need extra power, there is no out-of-state source to backfill shortfalls in California.

That’s it. That’s the problem.  The evidentiary record at the PUC spells this out.  The PUC ignored the evidence. The politicians turned a blind eye.

How do we get out of this mess?

First, we need to stop rushing blindly forward in pursuit of climate change nirvana.  Common sense tells us that we must move incrementally: take an old plant off-line only when a new plant is ready to come on-line.

Second, instead of trying to align supply and demand to be exactly equal, we need to create adequate in-state reserve generating capacity to ensure that available supply exceeds estimated demand. That means we have to build more generating plants.

Third, once a day, the sky turns dark; relying on solar as a solution doesn’t work when the technology for cost-effective battery storage doesn’t yet exist. Batteries can take many forms; for instance, the Helms Hydro Facility is essentially a battery.

This disaster is self-inflicted. We pay some of the highest prices in the country for electricity. We ought to be able to get a safe and reliable supply.  We can fix this.  It just takes common sense. And leadership. 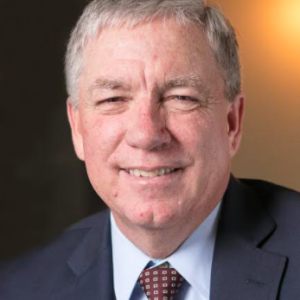 While in Congress, Ose served on the House Government Reform Committee, the House Agriculture Committee and the House Financial Services Committee. As chairman of the Energy Policy, Natural Resources and Regulatory Affairs Oversight SubCommittee 2001-2004, Ose was instrumental in untangling the California energy supply issues in 2001.

During his time in Congress, he was named a “Hero of the Taxpayers” and a “Guardian of Small Business.” Through his non-profit educational organization, Doug Ose continues to fight for taxpayers, small businesses, farmers and common-sense solutions to the problems facing Californians.

Latest posts by Doug Ose (see all)
Spread the news:

6 thoughts on “Energy in California: ‘Deja Vu All Over Again’”