The 40th Congressional District of California has long been ceded to Democratic Party control, as the father-daughter dynasty of Edward Roybal and Lucille Roybal-Allard owned this congressional seat for nearly 60 years.  The southeast Los Angeles corridor of industrial cities located within its boundaries is home to the largest proportion of Hispanic voters in the nation, with 86.5 percent of its residents being of Latino heritage.

These residents have seen little improvement in their lives despite the father-daughter duo’s 57 years in power. Corruption is systemic throughout the district, with the city of Bell making national headlines in 2011 for a city council that was convicted of bilking taxpayers for millions in ill-gotten compensation.

The City of Vernon has been so notoriously corrupt for decades that numerous efforts have been made to disincorporate and dissolve it completely, while the City of Maywood has gained infamy for having one of the most scandal-plagued police departments in the nation. Yet perhaps worst of all is the history of environmental malfeasance that generations of students have had to endure at Park Avenue Elementary School in Cudahy.

The school was built in the 1960’s atop a toxic waste dump under Edgar Roybal’s watch. Since its opening in 1968, the school had to have major repairs in 1989 and 2001 to protect students from leaks of oozing black sludge throughout the property. Then in January, the school was doused with thousands of gallons of jet fuel by a Delta Air Lines plane, with 50 students and 11 teachers directly hit by the dangerous chemicals. When outraged parents held a town hall demanding answers, current Rep. Lucille Roybal-Allard was nowhere to be found.

“Antonio’s optimism and passion for the residents of the 40th district is what is needed in Washington, DC,” Antonovich said. “A champion for Los Angeles immigrants, we can count on Antonio to fight for our Los Angeles community. I am proud to endorse him.”

Antonovich served on the Los Angeles County Board of Supervisors for 36 years. Prior to that he served in the California State Assembly.

“Aside from his own remarkable life story and character, in speaking with Antonio, I am confident that he can also be a driving force for improvements on issues such as immigration, and jobs, since he will support maintaining the enterprise zones and low taxes that have brought prosperity to so much of America,” said Antonovich. “He will be a strong advocate for Parent Choice that can help them take control of their children’s education and save them from failing schools, while demanding accountability from his area’s many industries to ensure the environment is safe to live in.”

After immigrating from El Salvador as a child, Delgado became the first member of his family to attend high school – eventually earning a law degree and becoming a highly successful immigration attorney. He has helped hundreds of Latino families find a legal path to citizenship through his law firm offices in five Southern California cities, Las Vegas and Houston.

“I am proud to have Mike’s support,” said Delgado, who vows to be an advocate for all Americans. “Mike’s leadership and passion for Los Angeles County residents, is the example for all public servants.” 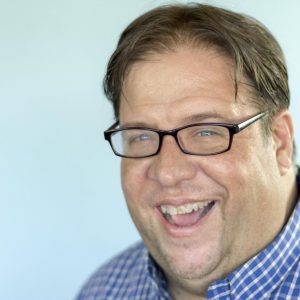 Carl Kozlowski
Carl Kozlowski was the arts editor at Pasadena Weekly from 2002-2019 and has also written for the Los Angeles Times, Chicago Tribune, New City, Esquire and GQ. He is also a professional standup comic who specializes in producing clean, clever comedy shows through his business Catholic Laughs

Latest posts by Carl Kozlowski (see all)
Spread the news: