California Gov. Gavin Newsom owes the citizens of California an apology. Telling someone they’re not essential, is appalling. Every person and the work they do is essential. Just because a bureaucrat may deem you non-essential, doesn’t mean it’s true.

Florida, Texas and other states lifted their lockdowns and allow businesses to open at 100%. Here’s a novel idea- provide guidance and education and allow business owners the opportunity to safely operate their businesses. Each day it becomes clearer and clearer; the lockdowns did not work in California. Florida, Texas and many other states are open and have fewer cases, fewer deaths and lower hospitalizations per capita than California.

A study by Scientific Reports looked at 87 regions world-wide and found there was little to no evidence lockdowns work. The European Journal of Clinical Investigation peer reviewed a study in January that examined the effects of lockdowns in 10 countries. The doctors compared the countries that had strict lockdown orders like England, France and Germany and compared them to countries that remained more open throughout the last year, like Sweden and South Korea. There was “no clear significant beneficial effect” from the stay-at-home orders and business closures. A study published by Frontiers in Public Health concluded that neither lockdowns nor lockdown severity were correlated with lower death rates. One of the doctor’s involved in the study was Dr. Jay Bhattacharya, a professor of medicine at Stanford University. I spoke with Dr. Bhattacharya when he warned against the dangers of closing businesses and keeping people inside. Recently, he called the lockdowns, “(the) biggest public health mistake we’ve ever made.” I could not agree more with Dr. Bhattacharya. The long-term effects of not having kids in school, of businesses being shutdown, in many cases forever, and people being deemed non-essential will be felt for decades to come.

It is estimated that 75% of restaurants will close permanently due to the lockdowns. Yelp reported that 55% of businesses have shut down for good because of the lockdowns. Teenage suicide rates are up, at devastating levels, due to isolation and not being allowed in the classroom.

While Californians have suffered, the Governor’s children have not missed a day of in-person school, his wineries remain open and the thousand dollar dinner at the French Laundry is a slap in the face to those deemed non-essential.

As the Governor prepares for a recall election, it would do him a lot of good to apologize to students, to business owners, to the restaurant industry, to the events industry, and to the millions of Californians whose lives he’s ruined. He needs to stop putting politics before human lives. An apology is the least he can do. 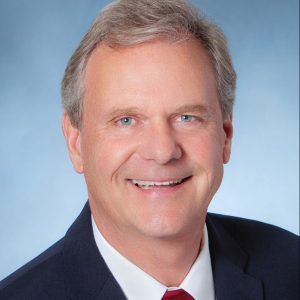