Maybe because it’s the dog days of summer when the Legislature is out of town, but the news coverage of Insurance Commissioner Ricardo Lara’s acceptance – and return – of campaign contributions from donors linked to insurance companies has gotten some legs in the past week. The disclosure of the contributions – perfectly legal but in violation of Lara’s own campaign pledge not to accept campaign money from the insurance industry – is being fueled by “ConsumerWatchdog,” a handful of Santa Monicans listed with the California Attorney General’s Office and the Internal Revenue Service as a “charity.”

Sadly, none of the articles has scratched the surface to see why this “group” (it has no members) is expressing outrage or why a “charity” is attacking Lara, who has only had a few months on the job as commissioner.

The reason is simple: “Consumer Watchdog” has a score to settle with Lara.

Probably none – other than Consumer Watchdog.

That is because Consumer Watchdog (and its affiliated nonprofit, the so-called “Consumer Education Foundation”) aren’t really charities. They are lapdogs for the special interests that fund them. And they fiercely attack anyone who has the audacity to call for the disclosure of their donors – including the media.

In this case, the recipient of their barbs is Insurance Commissioner Lara. In an editorial board interview with the San Diego Union Tribune last year when he was running for office, conservative columnist Chris Reed asked him if he supported other elected officials, both Republican and Democratic, who have called for Consumer Watchdog to report its donors.

This is what he said: “…they need to be transparent on who their funders are … transparency’s everything. You lose your stance and your credibility if you are not transparent in the work that you’re doing, and in who’s funding your efforts and, you know, we have to abide by those same rules when we fill out our forms on who is giving us money, and I think organizations that do… you know, non-profits that do this work should be held to the same standard.”

So no one should be surprised that Consumer Watchdog’s latest jihad at Lara is nothing more than trying to settle the score for that.

Or perhaps because Lara is trying to shake up the state’s “Intervenor Program.”

Set up by Proposition 103 – put on the ballot by the group, this program shakes down the state to pay for the group’s attorneys which it bills at $650 per hour and more. In 2017, under then-Commissioner Dave Jones, (who coordinated with the group on a failed ballot initiative), Consumer Watchdog received nearly $2.13 million in intervenor fees, or roughly 70 percent of the funds awarded that year. In 2018, the group received 7 of the 10 awards made in the program; only one other group received any revenues from the program.

While the group’s near-monopoly on the program has drawn legislative scrutiny in the past, its bullying tactics – on full display in the Lara case – have stopped most officials from delving into how the pay-to-play group gets its dollars and how it operates.

As former Los Angeles Ethics Commission President Jessica Levinson noted in a reporter’s investigation of the group featured in this late 2018 Los Angeles Times article, “Is Consumer Watchdog saying something because they believe it, or because it’s helpful to its funders?”

The answer to that question is clear. Consumer Watchdog is attacking the Insurance Commissioner for one reason: he’s dared to take them on.

To date, Commissioner Lara has done the right thing with the contributions: return them and recuse himself from future decisions involving the donor’s affiliated company. Let’s hope he continues that streak by standing up to the faux consumer advocates at Consumer Watchdog whose interest isn’t consumers, but rather their dark money donors and their own bottom line. 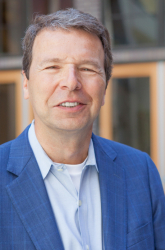 Latest posts by Steven Maviglio (see all)
Spread the news: