California policy makers rarely roll back the power of government, so the dismantling of redevelopment agencies in 2011 was a wonderful man-bites-dog story. These agencies epitomized crony capitalism, as local planners floated debt without a public vote, abused eminent domain on behalf of private developers and distorted the real-estate market as city officials picked winners and losers.

But nothing good can last for long here. California lawmakers are trying to bring back a version of these agencies with Senate Bill 5. It would tap $2 billion a year from the general fund, with 50 percent of the funds going to subsidized-housing projects.

These now-defunct redevelopment agencies were devised in the 1940s to fight urban blight, but morphed into a controversial means for cities to grab tax revenue. Although they had some successes, the agencies were best known for abusing eminent domain on behalf of private developers, running up debt without a public vote, and subsidizing developers to build sales-tax-generating big-box stores and auto malls.

Even though the agencies spent a portion of their tax revenues on subsidized housing projects, the agencies actually exacerbated the housing crisis by encouraging cities to base planning decisions largely on the amount of taxes that each development provided. City officials came to see retail as a winner, because of the discretionary sales-tax dollars these stores generated, and came to view housing as a money loser. So they approved more of the former and less of the latter.

Their abuse of eminent domain was particularly troubling. As I wrote for the Orange County Register:

Redevelopment agencies used the power of eminent domain to take properties from private owners – primarily homeowners and small businesses – and sell it on the cheap to developers. In 2005, the U.S. Supreme Court, in its notorious Kelo decision, gave its imprimatur to the use of eminent domain in this distorted way.

But former Justice Sandra Day O’Connor’s dissent encapsulated the evils of the redevelopment process. “Under the banner of economic development, all private property is now vulnerable to being taken and transferred to another private owner, so long as it might be upgraded,” she wrote. “The beneficiaries are likely to be those citizens with disproportionate influence and power in the political process,” while the “victims” will be those “with fewer resources.”

At their height, the agencies diverted 12 percent of the state’s general-fund budget from more traditional public services. That’s because the state government was required to backfill school revenues that redevelopment projects had received. In the midst of a budget crisis, former Gov. Jerry Brown signed a bill shutting the agencies – and the courts upheld that decision.

After the state’s budget situation improved, lawmakers have slowly brought back some elements of redevelopment financing. But this year we’re facing the biggest threat since their demise. Assembly Bill 11 was derailed recently, but Senate Bill 5 is still is on the table. Unfortunately, few voices have spoken out against these efforts to resurrect agencies that should remain shuttered. 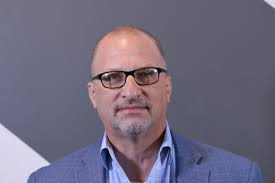 Steven Greenhut
Steven Greenhut is the R Street Institute’s Western region director and a columnist for the Southern California News Group. Steven is the author of two books, Abuse of Power: How the Government Misuses Eminent Domain (2004) and Plunder! How Public Employee Unions are Raiding Treasuries, Controlling Our Lives and Bankrupting the Nation (2009).

Latest posts by Steven Greenhut (see all)
Spread the news: