Home>Articles>Kamala Harris Embodies the Corrupt Marriage Between Labor and the Left
19 Aug 2020 3:22 pm

Scarcely two weeks later, Biden followed her orders to the letter, which ought to give you a far clearer picture of which direction — and how far — the country would move in the event of a Biden victory in November.

As for Harris, there’s little question she sees eye to eye with the most radical wing of her party. And if it’s fair to divine Biden’s intentions from the company he’s been ordered to keep, it’s perfectly reasonable to assume his would-be running mate is joined at the hip with her closest and most trusted advisor.

And that would be Laphonza Butler, former head of SEIU 2015 and, according to several reports, poised to become manager of Harris’ presidential campaign before it ran out of steam last December.

That Harris should choose the leader of a powerful government employee union as her closest confidant is totally consistent with her history. The senator is a longtime shill for organized labor in general and public-sector unions in particular.

As The Wall Street Journal recently noted, then-California AG Kamala Harris blew up an acquisition deal that would have helped struggling Catholic hospitals, because the hospital buyer didn’t agree to let SEIU organize all their employees. Her intervention on behalf of SEIU cost the hospital workers, patients and taxpayers dearly when the hospital chain went bankrupt.

Any possibility of taking the same model that’s made California a fiscal, social and political train wreck and applying it to the nation as a whole should terrify Americans, but that’s clearly what unelected special interests represented by Butler and Garza are in a position to demand from Biden and Harris.

Simply put, government unions have wreaked havoc in California. Wherever there are public employees, there will always be unions that want to organize them in hopes of getting their hands on billions of dollars in member dues every year.

These dollars, in turn, are “invested” in the campaigns of leftist politicians, who pass legislation that both protects unions and grows the size of government, adding even more dues-paying public employees.

Nowhere is this cycle as endless — or profitable for those in power — as in California.

Businesses have been abandoning the state at an alarming pace for decades, incensed by its sky-high taxes, wacky social engineering, environmental excess, immigration policies, homelessness and sanctuary cities. But the stream became a flood this spring when the COVID-19 pandemic emboldened California’s political leaders to seize “emergency powers” they can exercise to create even greater chaos.

And as always, labor has its hands on the spigot. In Los Angeles, for example, the union representing thousands of teachers is currently negotiating what it would take to return to the classroom. But the discussions aren’t limited to the availability of face masks, plastic shields and hand sanitizers.

It comes full circle. The militants burning our cities and plundering our businesses in the name of “social justice” aren’t on the fringes of the left. They and the unions that fund much of the enterprise are two halves of the same corrupt coin.

And Kamala Harris, who could well be sitting a heartbeat away from the highest office in the land three months from now, is well represented on both. 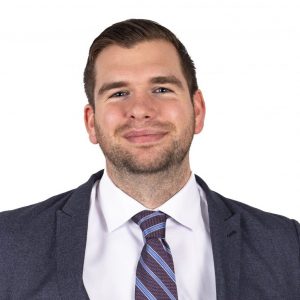 Aaron Withe
Aaron Withe is the National Director of the Freedom Foundation, a national free-market organization dedicated to holding government unions accountable in California and beyond.

Latest posts by Aaron Withe (see all)
Spread the news: