Californians have weathered several storms the last few months. Due to COVID-19, close to 5 million Californians have been put out of work. With so many people impacted by unprecedented job loss, more and more consumers will reach out to lending companies for much needed assistance in the near future. However, what most people don’t know is that many of these lenders are predators. They will look to take advantage of these desperate Californians and squeeze every dollar possible out of their wallets.

One nefarious company looking to capitalize on this crisis is OneMain Financial. OneMain is an installment lender who has adopted and defended ruthless lending practices that have sabotaged the welfare of its customers. The first play in OneMain’s playbook is to push “optional” insurance policies, which are almost always unnecessary, to each loan. This is on top of the exorbitant transaction fees that OneMain charges for securing the loan. Keep in mind, this is just the first way OneMain seeks to unnecessarily extract money from its customers. In order to keep the cash flow going, OneMain aggressively pressures their customers to refinance their loans, sometimes even approaching the topic within 60 days of the original loan. The end result is OneMain padding their profits by keeping ordinary people in debt.

If this wasn’t bad enough, there is another entity reaping the rewards of OneMain’s disgraceful practices, their primary owner: the Wall Street firm Apollo Global Management. Apollo Global Management receives investments from a wide array of clientele across the private and public sectors. What some Californians may find shocking, is that the California Public Employees’ Retirement System, or CalPERS, has invested in the fund that manages OneMain to the tune of $500 million.

CalPERS is known for a variety of misdeeds, including corruption and pay-to-play activities. State regulations and laws mean nothing to the largest defined-benefit public pension system in the U.S., with executives taking bribes and lying to board members and, ultimately, the public they serve. CalPERS involvement with OneMain is just another example of their inexcusable behavior.

As we begin to move on from COVID-19, it is discouraging to see a public sector entity like CalPERS profit from a predatory company like OneMain. Now is not the time for Californians to have to watch their backs as they search for solutions to offset sudden job losses. Instead, CalPERS should support the livelihood of Californians instead of siding with groups like OneMain that serve only to tear our state’s most vulnerable down.

Editor’s note: Last year California Globe wrote about three predatory lenders excluded from a bill to limit predatory lending. OneMain was one of these lenders. The bill passed the Legislature along party lines, and Gov. Gavin Newsom signed it into law in October. 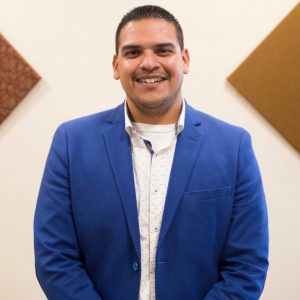 Latest posts by Jesse Rojas (see all)
Spread the news: