The Los Angeles City Council is currently weighing a proposal to impose a city-wide ban on all flavored tobacco products, ostensibly on the basis that prohibiting the sale of these products will make smoking and vaping less attractive to Los Angeles youth. Ironically, however, evidence shows that by taking this step, the City Council could achieve exactly the opposite result: Scientific research using California data in fact shows that a tobacco flavoring ban would likely increase the number of high school students who smoke.

That is the only conclusion to be drawn from a first of its kind study that analyzed the impact of San Francisco’s 2018 ban on the sale of all flavored tobacco products including menthol cigarettes, flavored cigars, flavored smokeless tobacco, and flavored electronic cigarettes/nicotine vapor products.  The study, published last month by the Yale School of Public Health, was funded by the National Institutes of Health and the Food and Drug Administration’s Center for Tobacco Products, and its results are unmistakably clear: Sensible though flavoring bans may sound, they have a hugely counterproductive negative health impact.

The Yale School of Public Health study measured high school student smoking rates in the San Francisco School District, both before and after the ban was adopted, and then measured those rates against those of students in seven other metropolitan school districts where no flavoring ban exists.  One such district was actually the LAUSD.  The study concluded that:

“San Francisco’s ban on flavored tobacco product sales was associated with increased smoking among minor high school students relative to other school districts. While the policy applied to all tobacco products, its outcome was likely greater for youths who vaped than those who smoked due to higher rates of flavored tobacco use among those who vaped.  This raises concerns that reducing access to flavored electronic nicotine delivery systems may motivate youths who would otherwise vape to substitute smoking.”

According to the data summarized in the study, the smoking rate for San Francisco high school students under the age of 18 increased from 4.7 percent in 2017, before the adoption of the city’s ordinance, to 6.2 percent in 2019, the year after the ordinance was passed.  That is an astonishing 32 percent increase in underage youth cigarette smoking rates in just a two-year period.  At the same time, the underage smoking rates in the seven other major school districts, including the LAUSD, continued to decline and averaged a historic low of 2.8 percent in 2019.

In a follow-up article published in the Yale News on May 25, 2021, the study’s author warns that “These findings suggest a need for caution.  While neither smoking cigarettes nor vaping nicotine are safe per se, the bulk of current evidence indicates substantially greater harms from smoking, which is responsible for nearly one in five adult deaths annually.  Even if it is well-intentioned, a law that increases youth smoking could pose a threat to public health.”

While the Los Angeles-based retail stores that are members of our national association go to great lengths to prevent the sale of tobacco and nicotine vaping products to underage youth, this empirical data should give the Los Angeles City Council pause before moving forward and ushering in a new era of prohibition.  With the underage youth tobacco use rate in Los Angeles at historic lows, increasing youth smoking is a public health disaster that needs to be avoided.

The Los Angeles City Council needs to understand that passing the ordinance would not enhance public health because it will not prevent underage youth from obtaining access to tobacco products.  Studies have shown that the vast majority of underage youth rely on older friends, siblings, parents, and even strangers to buy tobacco products for them.  With youth being so resourceful in relying on non-retail sources for tobacco, a law taking all flavored tobacco products off of Los Angeles store shelves will be a health policy failure. Take it from San Francisco, and Yale: A flavoring ban will likely cause youth to switch to cigarettes rather than avoiding the use of tobacco products, and California kids would ultimately pay the price for bad policymaking by the Los Angeles City Council. 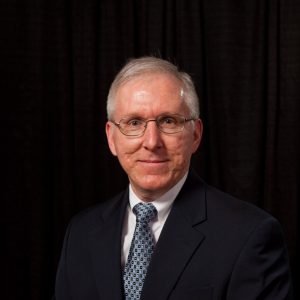 Thomas Briant
For more than 30 years, Tom Briant has concentrated his efforts on retail, wholesale, and manufacturer tobacco-related issues on the local, state and federal levels.

Since the National Association of Tobacco Outlets was formed in 2001, Tom has served as NATO’s Executive Director and Legal Counsel. NATO focuses exclusively on local, state and federal tobacco legislation and FDA regulations.

Latest posts by Thomas Briant (see all)
Spread the news: