The word “hypocrite” comes from the Greek theater. It means literally, “to answer from under a mask.” Simplified, hypocrisy is “playacting,” or pretending to be something — or someone — we are not. A masquerade.

Is it what it claims to be?

According to Merriam-Webster, a labor union is “an organization of workers formed for the purpose of advancing its members’ interests in respect to wages, benefits, and working conditions.”

Yet each year during the first week of July the NEA hosts its representative assembly at which delegates adopt hundreds of new business items, most of which have nothing to do with wages, benefits or working conditions.

Consequently, retired teacher Jeralee Smith and dozens of her dedicated teacher colleagues attend this meeting annually to try to make the voices of teachers heard over the din of NEA’s political agenda.

For their trouble, Jeralee and friends have been booed off the platform, spit upon, harassed, deceived, barred from committees, and shouted down during standing votes. Together, they’ve experienced many offensive and demoralizing situations, but after decades of abuse courtesy of NEA, even Jeralee was shocked by what she witnessed at the NEA representative assembly last year.

According to Jeralee, about 400 people filled a spectacular dark room which was illuminated by rainbow colored lights and filled with a DJ’s music. Dancers filled the dance floor, and a little girl upon a woman’s shoulders waved a rainbow flag at the foot of the stage. Several adolescent girls stood shyly on the sidelines.

Another drag queen scantily clad in a thong and breach cloth spun around on stage providing full view of his thong. The crowd screamed. The flag-waving little girl stared shell-shocked.

Jeralee had an innate desire to rescue the children immediately. Instead, NEA representatives tried to make the adolescent girls comfortable with the scene, and a young man on stage spoke directly to the little girl, “Hi, Sweetheart! How old are you?” She answered, “Six.” He asked, “Is this your first Drag Queen show? Are you enjoying it?”

Enjoying it? She’s lost her innocence! This is not labor union representation. It is child abuse.

A stage backdropped with rainbow banners was erected in a park. A woman led the crowd in a “call and response” rap song.

One item asserted NEA should “re-dedicate itself to the pursuit of increased student learning in every public school” And another asked NEA to “work toward the goal of making every educator a great educator” by insisting on teacher “commitment to students and their learning,” and “knowledge of their subjects and how to teach them.”

As a veteran public school educator and former local union official, I would have endorsed those agenda items. Jeralee and friends supported them too.

This is nothing new.

For decades, the NEA has muzzled dedicated educators while using our resources to support full-term abortion too. NEA is also one of the most powerful organizations behind laws that permit biological boys to compete against girls in competitive sports.

As a loving and pro-life teacher, I’m devastated that dues I was forced to pay (and taxpayers provided) are used to sexualize children and to violently end innocent lives. As a female athlete who fought for equality in women’s sports, I’m disgusted that young ladies are now losing athletic opportunities to biological boys because NEA — in the name of educators — undermines female athletes.

I don’t know even one teacher or fair-minded American who supports allowing boys to dominate girls’ sports. It’s completely illogical and flatly unfair. But when we speak out in defense of girls, we’re ostracized and labeled transphobes by union forces.

That is a lie.

I could provide dozens more first-hand testimonies of NEA abuses of educators, our money and our students, and another hundred pages on NEA’s radical far-left political agenda that’s morphed America’s schools into institutions that are no longer safe for our kids, our teachers, or our country.

Hypocrisy is “playacting,” or pretending to be something — or someone — we are not. A masquerade.

NEA’s mask is lifted. The so-called teachers’ union is not a legitimate American labor union. It’s a dangerous two-faced hypocrite. 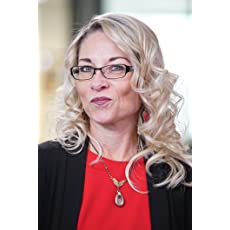 Rebecca Friedrichs
Rebecca Friedrichs is the founder of For Kids & Country, author of Standing Up to Goliath, and a 28-year public school teacher who led the fight against the divisive tactics, politics, and corruption of teachers’ unions as lead plaintiff in Friedrichs v. CTA. Her Supreme Court case paved the way for a precedent-setting ruling which freed all public sector employees from forced unionism.

Latest posts by Rebecca Friedrichs (see all)
Spread the news: