Home>Articles>OPINION: Using Abortion to Get Votes Causes Heartbreak for Women in California
23 Oct 2022 9:00 am

I have been a political independent my entire life because early on, it was clear to me that both major political parties’ platforms were well-intended but flawed. Part of the problem is the assumptions each party platform makes about the human condition. Another factor is interpretations individuals make based on their own experiences, understanding of issues, and often, their political aspirations. The latter is of grave concern to me and is exemplified in government’s use of the abortion issue to dissuade women from voting for office-seekers from opposing political parties, especially in California.

California politicians know better than most that so many pro-choice women want to have biological children but can’t for various reasons. By talking about abortion in a transactional way, lawmakers are being insensitive to voters who would give anything to have a child of their own. What’s ironic is that California prides itself on being the global gold standard for reproductive assistance, to which millions of people come from all over the world for fertility treatment to help them build their families. As such, systematically arousing emotions to get votes—as is well documented by the press—appears especially cold and heartless.

The Challenges of Conception for Working Women

Millions of women have spent their life savings on fertility assistance. They have put their bodies through agonizing treatments and painful daily self-administered injections for month after month and have been dealt blows of emotional torment when their efforts fail. Many have been through this ordeal nine, ten times over. All because they so deeply want children.

It is not unusual for working women to endure this process for a decade or more while simultaneously trying to maintain their careers. Many working women spent their 20s and 30s chasing economic opportunity, only to be told later that they can’t have children because of their biological clocks. In many cases their pain was compounded by guilt and shame for their inability to conceive. Some have lost their jobs because the difficult treatments impacted their health more than they expected, and others have struggled to restart their careers in the aftermath. Still others refrain from talking about their struggles for fear of being stigmatized.

Empowerment-Baiting Women Is Not the Answer

Forgive me that I take offense when politicians use women as pawns to get votes. Instead, they should be respectful and empathetic when talking about the abortion versus conception debate. They should be mindful that many pro-choice voters are empathetic to the suffering of women and families who want to conceive, many of whom would seriously consider adopting the would-be children who otherwise might have been discarded in various stages of fetal development. To this end, focusing on matching the women who choose to abort (for reasons only they can understand and endure for the rest of their lives) with the families who want and are qualified to adopt would be much more productive.

Further, many pro-choice women who respect the rights of others cannot fathom making the choice to abort when it comes to their own bodies. That’s because the issue is more complex than just a religious or freedom issue: years ago, social psychologists found that innate foundations of care underpin voters’ moral intuitions, across the political spectrum but especially for those on the left of the spectrum.

Of course, women should have the ultimate say about their bodies. But female leaders should command rather than demand respect. Politicians should stop asking men for their opinions, which legitimizes senseless conversation, like banning abortion even in the case of rape and incest. They should address this issue with restraint, dignity, and warmth, rather than trolling some female voters while opening painful wounds for others. 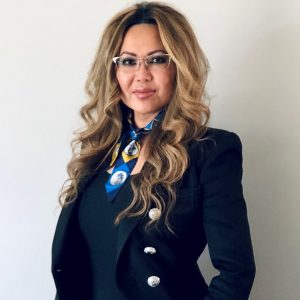 Noelle Borao
Noelle Borao is a social scientist whose cross-disciplinary research spans 16 fields. She is a California co-chair of No Labels. Her views are her own.

Latest posts by Noelle Borao (see all)
Spread the news:

4 thoughts on “OPINION: Using Abortion to Get Votes Causes Heartbreak for Women in California ”