The victory is attributed to the wise men who once built dams and nuclear power plants.

The California Air Resources Board has just released a report declaring victory over global warming. It says clean power provided 52% of the electricity California used in 2017. California has reached its goal of reducing greenhouse gas emissions below 1990 levels four years early. Wow. On its face, this would appear to be a remarkable achievement. “Smart climate policies are good for our economy and good for the planet,” says Gov. Gavin Newsom.

Well, not quite. When a progressive calls something “smart” look out.

Smart on crime: Liberate all jails, prisons and rewrite definitions of crime.

The electricity victory comes from more rain in 2017 increasing hydroelectric power output. This is a legacy benefit. The State is tearing down hydroelectric dams such as the Klamath Dam, and not building new hydro, such as the Auburn Dam.

The victory is attributed to the wise men who once built dams and nuclear power plants.

The Air Resources Board’s report did not count wildfire emissions wiping out any the air board’s paper victories. A few days of wildfire, wipes out a full year’s emissions from all automobiles, let alone power plant emissions. Any gains from the district’s regulation of air pollution are miniscule.

The board condemns the lack of progress in the transportation and industry sectors. The transportation sector remains California’s largest source of greenhouse gas emissions, accounting for about 40% of the state’s total. The problem is “a consumer trend toward roomier, less-fuel-efficient SUVs” rejecting “anticipated switch to electric models.”

There is still hope. Sales of gasoline and diesel sales were down in 2018. The board doesn’t say why. How about massive gasoline tax increases? Too much driving is still going on according to the ARB, despite 80% of gas taxes stolen from roads and going to public transit. Industry is also still pumping out too much evil carbon and nitrates, more commonly known as plant foods.

Much has been done. From 1992-2018, California lost a net 4.2 million people to other American states. From 1990 to 2012, California lost nearly a million manufacturing jobs. That’s nearly half, 40%, of all manufacturing jobs. Similarly, industrial employment plunged 60% from 2005-2015. Two-thirds of the aerospace industry that sent America to the moon and won the Cold War has gone since 1990.

There are so many victories yet to come. 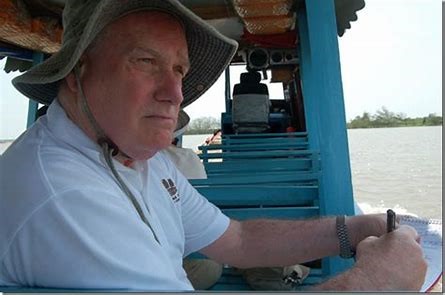 Roger Canfield
Dr. Canfield was a University professor, GOP nominee for US Congress, Capitol chief of staff, policy consultant, press secretary, and campaign staff for Tom McClintock for Governor and Lt. Governor.
Dr. Canfield was a daily columnist for the Sacramento Union, and has been most published on China's rise, and the peace movement in Vietnam War.

Latest posts by Roger Canfield (see all)
Spread the news: