Home>Articles>Rep. McClintock on New House Subcommittee on the Weaponization of the Federal Government
11 Jan 2023 6:53 am

Congressman Tom McClintock (CA-05) spoke on the House floor January 10, 2023 in support of H. Res 12, establishing a Select Subcommittee to investigate the Weaponization of the Federal Government.

These are the Congressman’s remarks:

In order to enforce our laws, we have given terrifying powers to such agencies as the FBI, the IRS, and the CIA, among others.  The misuse of these powers to affect political outcomes would be fatal to freedom and it is the hallmark of any dictatorship.  This, our Constitution was written to prevent – whoever is in power.

In recent years, we have watched the IRS target individuals because of their political beliefs.  We have seen a glaring double standard in the enforcement of our laws by our Justice Department based on the political beliefs of their targets.   We’ve seen their powers used to intimidate citizens into silence, whether the Tea Party or parents questioning their school boards.  Most alarmingly, we have seen the use of the FBI and our Intelligence agencies to suppress political viewpoints disagreeable to those in power or to manufacture or propagate one of the greatest scandals in American history: the Russian collusion hoax. When a government can interfere with the elections that govern it, and when agencies can act independently of the outcome of those elections, Democracy will die.

This select committee is designed to get to the bottom of these alarming allegations, and I would hope the Democrats would be just as eager to sort this out as Republicans.  After all, it was not THAT long ago that these powers were turned against the left and could be again if we do nothing.

As Madison warned, democracy alone is not enough to protect our liberty, for in a pure democracy, 51 percent of the people can vote at any time to throw the other 49 percent in jail.  That’s why we have a Constitution, which limits the powers of government through checks and balances including Congress and a Bill of Rights, and why each of us takes an oath to support and defend it.  Let us all honor that oath today.

Despite Rep. McClintock noting that Democrats should want the committee as well, no Democrats voted for this committee – it was a straight party line vote. 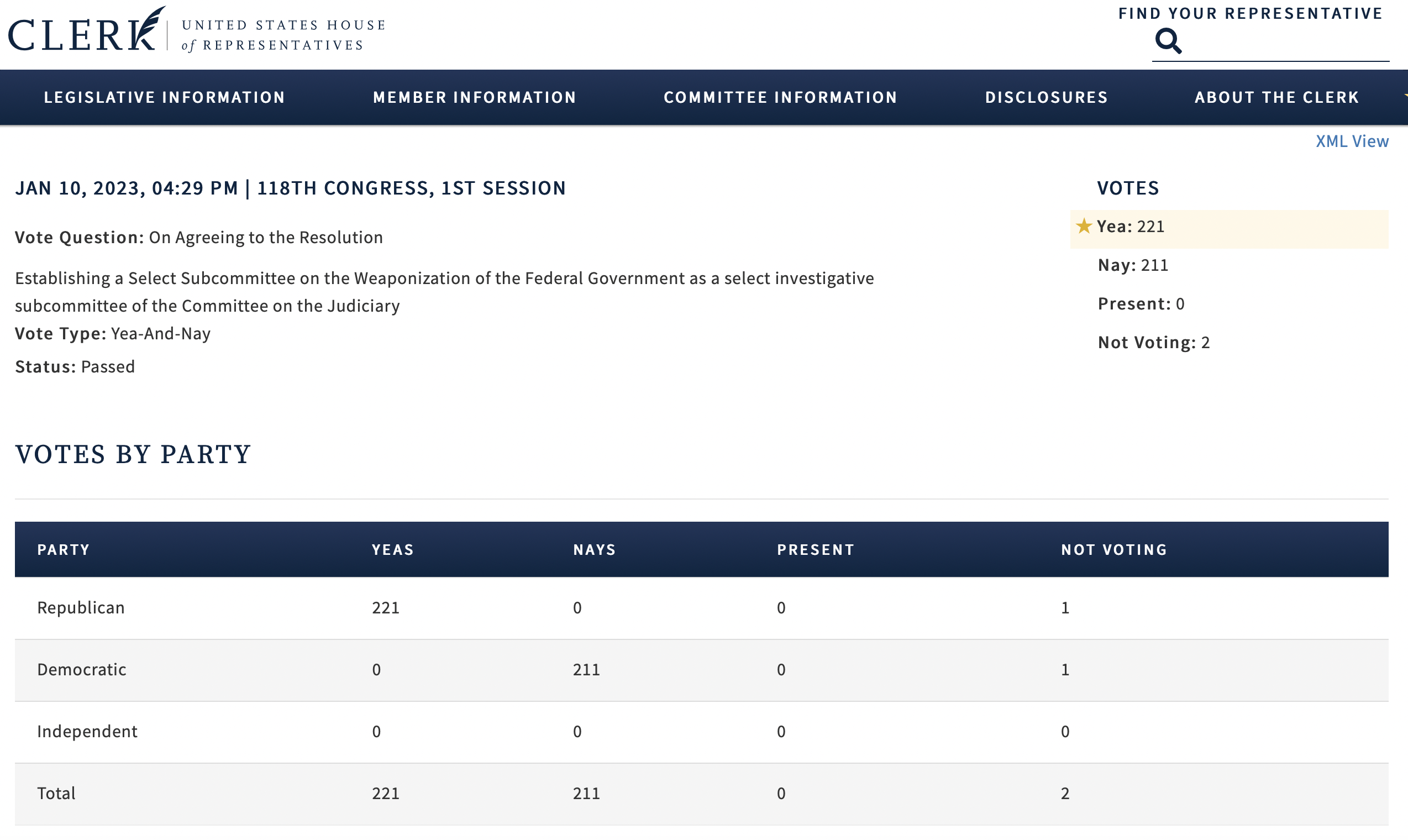 Latest posts by Tom McClintock (see all)
Spread the news:

9 thoughts on “Rep. McClintock on New House Subcommittee on the Weaponization of the Federal Government”