Home>Articles>Seeking to Change How Bail and Criminal Justice Works, Advocates Have Turned the System on its Head
28 May 2020 2:20 am

“The definition of insanity is doing the same thing over and over again, but expecting different results,” is a saying widely attributed to famed physicist, Albert Einstein.  Sadly, we are seeing the manifestation of this concept in the misguided efforts toward reforming the American criminal justice system.

The premise of law in our country is based on a common set of moral rules consisting of permitted conduct.  Philosophically, without these rules, humans would be under a constant state of war.  In order to prevent this, we have developed criminal laws which seek to codify the moral laws upon which we agree bind us together as a society.  This allows individuals to prosper and not live in fear for their safety.

Advocates seeking to change how criminal justice works, and our bail system in particular, do not agree with this principle.  Rather, they have turned this concept on its head and, in the process, changed the fundamental idea of right and wrong into shades of gray through their arguments on behalf of relativity.

For the past several years, advocates for change have championed the use of risk assessment tools.  Based on algorithms, they claimed their use would allow us to predict which defendants would be a danger to not appear and/or a threat to commit further offenses.

Unfortunately for the proponents of change, the past two years has seen the bottom fall out for support of these risk assessments.  Twenty-seven leading university academics from Harvard, MIT, Princeton, UC Berkeley and Columbia signed a joint statement last July, declaring that inherent problems with risk assessments could not be remedied and that these tools should not be used as a part of criminal justice reform.

In addition, a number of the world’s largest technology companies, including Google, IBM, Apple and Amazon, came together in April 2019 to announce their opposition to the use of risk assessments in the criminal justice system.  They argued that while the algorithms were accurate at predicting what a group would do, they were terrible when it came to doing the same for individuals.

Furthermore, risk assessments were criticized on the grounds that they were pushed without sufficient testing or study.  Also, since predicting group behavior relies on demographics and past actions, the tools were criticized for overly relying on the makeup of groups, resulting in higher incarceration rates based solely on race.

With the avalanche of evidence against the algorithms gaining steam, virtually all of the advocates who supported risk assessments began to withdraw their support.  The Pretrial Justice Institute said it was wrong and apologized for its advocacy of the discredited tools.  It also withdrew its support of the Arnold Foundation, parting ways with the organization that was behind the creation of one of the most widely-used tools in the country.

The McArthur Foundation and Vera Institute also reversed course, with the latter stating that it now believed New Jersey was an example of “failed” bail reform because it had employed risk assessments.

Even while the truth behind risk assessments was becoming increasingly clear over the past couple of years, it was growing equally apparent that bondsmen actually performed quite well in support of the criminal justice system.

The bonding industry provides a high level of supervision.  When an individual is released from jail it is the responsibility of the bondsman to ensure that he or she will appear for court.  These defendants generally report weekly to the bonding company through a variety of means — in person, by telephone or through some check-in application which records their GPS address.

In Harris County, courts found that individuals released on a sheriff’s personal recognizance (PR) bond had a 49.3 percent failure to appear rate compared to a 10 percent rate for the private industry.  This means that for every 1,000 PR bonds granted, courts had to put a hold on 500 of these cases after defendants failed to appear, waiting for the defendant to return, versus only 100 if they had gone through a bail agent.

Accountability is a fundamental cornerstone of our criminal justice system.  It compels a defendant to follow the law and come to court when required.  Without accountability a defendant is not likely to change his or her conduct in the future, but rather, can be expected to continue to break the law.  If courts continue to issue PR bonds to individuals with a history of not meeting their obligations and who have failed to appear in the past, they can be expected to not show up for court in the future.

Compounding the failure of the programs advocated by proponents for change is the fact that they do not appear to have learned any lessons from their missteps.  The Vera Institute has stated that courts should expect a 40 percent failure to appear rate after any reforms have been implemented.  Additionally, advocates continue to argue for change, despite having no alternative with which to replace the existing system.

In the wake of the widespread failure of reform efforts including risk assessments, states have begun rolling them back.  Alaska curtailed its reforms before the COVID-19 pandemic broke out, while New York did so in its midst.  A majority of lawmakers in these states spoke out against these reforms, declaring them a disaster.  But advocates have become entrenched and refuse to admit that the reforms are simply not working.  For example, as reforms cause the number of pending cases to double and continue to increase in an unmanageable manner, public officials somehow argue that the changes are making the public safer.

While proponents of bail reform failed in their attempts because of fundamental flaws in their principles, valuable lessons could have been learned had they admitted their mistakes.  Unfortunately, this is not the case and what Albert Einstein warned against now looms large as they threaten to repeat the mistakes of the past, much to the threat to public safety. 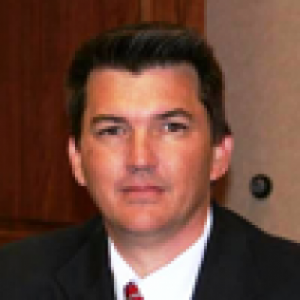 Ken Good
Ken W. Good is on the Board of Directors of the Professional Bondsmen of Texas. He graduated from Hardin Simmons University, received a Master of Education Degree from Tarleton State University, a part of the Texas A&M System, and his law degree from Texas Tech School of Law, where he was a member of the Texas Tech Law Review.  Mr. Good has argued cases before the Supreme Court of Texas and the Texas Court of Criminal Appeals, along with numerous courts of appeals, including the United States Court of Appeals for the Fifth Circuit.  He is the author of "Good's on Bail," a practice guide created for bail industry professionals.

Latest posts by Ken Good (see all)
Spread the news:

4 thoughts on “Seeking to Change How Bail and Criminal Justice Works, Advocates Have Turned the System on its Head”