In a quest to convince Californians to “Vote No on Prop. 22,” a ballot measure that would cement the status of gig workers as independent contractors, the California Labor Federation just released an information guide for voters. The guide cites research from a recent study out of the University of California Santa Cruz that’s been lauded by labor groups as proof that gig workers are unhappy with the companies they gig for.

But it turns out, the study’s results are questionable at best; evidence shows they were actually designed by certain labor groups to help them organize gig workers.

There’s an ongoing national effort to classify gig workers as full-time employees, instead of independent contractors. Nowhere has this effort gotten such a strong foothold as California. In addition to the state’s controversial AB 5 law, California’s Attorney General has filed a lawsuit against gig companies alleging that their workers have been misclassified.

However, according to the Bureau of Labor Statistics, “79 percent of independent contractors preferred their arrangement over a traditional job.” What’s more, studies show that reclassifying workers as full-time employees in California could result in almost one million jobs lost.

Labor-supported groups, including Gig Workers Rising (GWR) and Jobs with Justice (JWJ), haven’t let these statistics keep them down. With the help of the San Francisco Local Agency Formation Commission and UC Santa Cruz, JWJ decided to do its own study of gig workers.

The outcome was the UC Santa Cruz study, which suggests most gig workers in the San Francisco area work more than 30 hours a week, and earn “poverty level” wages. To rally more support for AB 5 on social media, GWR took to Twitter to describe the study as the “most comprehensive survey of actual work done.” But internal documents that detail the study’s creation, reported on recently by the Washington Free Beacon, reveal the extent to which it was developed and carried out by labor groups to produce biased results. In fact, JWJ’s own hired researcher raised red flags regarding the study’s methods.

The study initially called for 1,200 survey respondents, but after coronavirus hit, JWJ limited it to an online survey aimed at reaching just 500 people. An internal description of the survey admitted this reduced goal was “not representative” of the gig worker experience. But, it would “turn around data quickly” — something groups scrambling to organize gig workers desperately needed.

According to the San Francisco city administrator, Jobs with Justice was “leading” the project in both “survey outreach and field operations.” The group even drafted the survey questions. UC Santa Cruz researcher Chris Benner, who has worked with union-backed groups before, was also brought on to provide assistance.

Actual survey responses were collected by offering participants a $10 gift card, paid for by Gig Workers Rising. And even Benner noted that such payments “leave open lots of opportunities for people to game the system.” To make matters worse, survey authors had no way to verify if respondents were actually gig workers — almost 100 respondents didn’t even report which gig company they worked for.

Even after recruiting respondents through labor groups, and offering to pay them, the final product fell far short of its initial goals. It contained just 219 responses. One analysis from the Pacific Research Institute called the final product “meaningless.”

Clearly, that hasn’t stopped labor groups from using this study to combat Prop 22. Not only would this measure secure the status of California gig workers as independent contractors, it would set a precedent for other states considering laws similar to AB 5.

Gig workers and voters alike deserve to know the full story behind this research before hitting the polls in the fall. 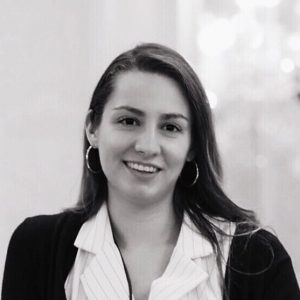 Charlyce Bozzello
Charlyce Bozzello is the communications director at the Center for Union Facts, a 501(c)3 nonprofit dedicated to promoting transparency and accountability in today's labor movement.

Latest posts by Charlyce Bozzello (see all)
Spread the news: