Home>Articles>The Sorcerer’s Apprentice: What I Learned as a Member of Reagan’s Polling and Strategy Team
27 Oct 2020 3:30 pm

Freshly minted from the The University of Chicago, Cornell and the Reagan ’80 campaign, I was invited into the secretive club of President Reagan’s polling and strategy team, housed in an old furniture store in Orange County, CA. Sitting at the head of Polling’s High Table of Sorcery were Dick Wirthlin and Gary Lawrence, just off a revolutionary presidential win, and a slew of senatorial and gubernatorial victories. And I was cordially invited to learn their tradecraft at their feet.

And so I did, working for a vaunted year of Presidential and RNC survey research – the so-called “Eagle Studies” – as well as for  a collection of high profile statewide and congressional races. What I’m about to share with you as an  apprentice will probably get me banned from the pollster’s club for life. But then again, what the heck! It’s only been a side hustle on my part for some high end, blowhard prime ministers. And besides, I have full time gig in an unrelated field.

But that didn’t stop me from predicting Trump’s 2016 presidential win exactly on the money, right down to the electoral college/popular vote split several days before election night.

So here it goes, some insider secrets, tips and insights into the mystical world of presidential polling. Then I’ll conclude with a prediction of my very own.

Tip: When you see a national poll, from wherever, take it with a grain of salt. It’s just a Polaroid snapshot. They mean very little. Just ask President Hillary. Everything revolves around state by state battles. Everything. Besides, one debate slip up, like Dukakis made in ’88 and Ford’s goof in ‘76 ( “Poland is free…”) and most recently, Biden’s “ban fossil fuels” goof, can not only kill momentum, but reverse it. My direct boss, Gary Lawrence, invented the concept of “The October Surprise” and boy was he right.

Insight: Polling is both and art and a science. Dick Wirthlin told me that while we walked out of the West Wing one summer day in 1983, and I believed him. Most pollsters don’t get out much: they are creatures of their plush offices in Washington D.C., or sit contently in their academic perches across the country. So the closest they get to a real working class person is their local barista or the waiter serving them a ribeye at the Capitol Grille.

My old bosses knew better. They roamed shopping malls, chatted up people at airports and on airplanes, in diners, or in church gatherings, to get a feel of how Americans think beyond the focus group conference room.

Anecdotal? Perhaps. Insightful? Hell yeah. So you have to look beyond the numbers, and read between the lines to plumb the minds of your fellow citizens. Most pollsters can’t or won’t swim that deeply – the currents are too dangerous or troublesome to get to that third tier of American voting psychology. Which leads me to:

Tip Number Two: The veracity of respondents in this day and age of social media, the Kardashians and the internet: One of my precepts in getting 2016 precisely correct was that a “submerged” Trump vote existed then, as it does today. In fact I created an algorithm around it that proved correct.

Posit: do you really think in the age of “cancel culture” conservative folks want to be candid with some strange pollster who knows their name and has their personal cell number?  I doubt it. The polls you see today are premised that 100 percent (less the “margin of error ”) of respondents are truthful, especially when it applies to Trump supporters. Which is not the case… and can you blame them? So count on the margin of error to be bigger, with an extra couple of points submerged for Trump.

Besides, interviewing somebody online or on a cell phone invites inaccuracy, despite any “weighting” by a pollster introduces to compensate. Hell, they could be interviewing my dog online for all I know.

To be interviewed “online” requires you to “volunteer” for a panel. Who knows how much bias is introduced into these internet polls. It isn’t like the good old days when your field team/call center would catch the head of household at 6:05 pm as they were eating dinner while watching Walter Cronkite. Welcome to the “art” piece of polling.

Just don’t take my word for it. Look at the latest polling snapshots of 2016 and compare them with the state by state final tally: Trump “over-performed.” Or did he? I just say he performed, period.

Tip Number Three: Aha. The “weighting” of responses by pollsters to get an accurate, composite sample. Well, good luck with that one, because I saw so much flawed “weighting” of the North Carolina vote in some reputable polls back in 2016 that I almost choked on my breakfast bagel.

Demographic shifts happen daily, not just around census time. Lots of folks register to vote for the first time, so they are not “likely” anything, to boot. So you shouldn’t base your current  weightings on the 2010 census numbers, like they did in ’16, or worse, predicate them on faulty exit poll data.

Democrats move households, as do Republicans. And those independents? Often times, they are Republicans, especially around election time, for myriad reasons. Maybe these polling firms dove a little deeper this time around to fix this, or maybe they haven’t. We will just have to see.

Final insight: Occam’s Razor. No, it’s not something you’ll find on Amazon or at Target. It’s rather a problem solving  principle that in my old profession of probability theory and statistics, ie. opinion research, prefers the simplest path between competing models. In short, once you lay down your assumptions – or see a set of data – follow the simplest path. In other words, if you see paw prints on your driveway, think dogs, not timberwolves.

Distilled down to this election, let us look at Texas. Or Ohio. Or Missouri. The latest Real Clear Politics battleground map has these states listed as “ toss ups.” Come now. Those states may pose some statistical “noise,” but they are not going for Biden, as they did not go for Hillary. It’s almost a linear argument that they’ll go for Trump, save for a “ black swan” event.

No, COVID doesn’t qualify; that was baked-in long ago. But a candid photo of Trump in a bikini might. So what will happen in the fall? Trump will carve out a pathway through Minnesota, despite polls suggesting he will lose that state. But bear in mind he nearly won Minnesota last time out and it has been trending Republican, especially up in the Iron Range, home to Bob Dylan, Duluth and a bunch of towns whose mayors changed their party registration from Democratic to The GOP.

The shenanigans and riots in Minneapolis didn’t help the Biden case either; again a hunch with a little Occam’s Razor thrown in. I just can’t believe the good folks in the ‘burbs like their homes lit up with flashlights in the middle of the night after they got their kids tucked into bed. I know I wouldn’t. Ditto for Michigan and perhaps Pennsylvania. So if Pennsylvania goes for Trump, along with Minnesota, and the smaller congressional districts in Maine and Nebraska roll his way again, the President is on his way to reelection. With ease. And keep an eyeball on outliers like New Hampshire and Nevada, especially the latter.

The culinary workers are hamstrung, not only by massive layoffs in the hospitality sector, but also by the onerous lockdown rules laid down by their Democratic Governor. So not much door knocking is going on there on behalf of Biden.. And guess where the President is campaigning this weekend?

Trump gets at least 279 in the Electoral College.

And That’s my bet as the sorcerer’s apprentice. 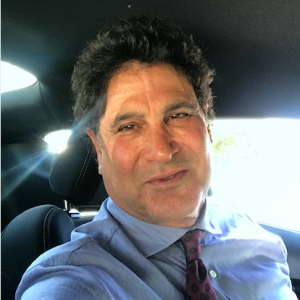 Latest posts by Craig Keshishian (see all)
Spread the news:

3 thoughts on “The Sorcerer’s Apprentice: What I Learned as a Member of Reagan’s Polling and Strategy Team”