In 2017 I wrote commentary explaining that since the days of the Egyptian Pharos, totalitarian regimes have used the chiseling away of historical monuments, like the burning of books, to re-write history for the purpose of controlling public thought. I warned that the movement to erase Confederate monuments would eventually target our Gold Rush era and other pioneer monuments.

In the weeks since the openly Marxist organizations Antifa and Black Lives Matter seized the public policy debate initiative through rioting, violent clashes with police, and other tactics of intimidation numerous historical monuments have been vandalized or removed all across America. So far this month, Sutter Health has taken down the Company namesake’s statue of Gold Rush pioneer John Sutter, and our Democrat dominated State Legislature announced it would be removing the famous marble statue of Christopher Columbus and Queen Isabella of Spain from the Capitol Rotunda where it has been on display since 1883.  Simultaneously, the Berkley Unified School District has voted to rename schools previously named in honor of Founding Fathers George Washington, our first president, and Thomas Jefferson, our third president and inspiration for the founding of the Democrat Party with yet to be named fellow travelers.

Right before our very eyes members of the increasingly violent movement to progressively transform our country into what they believe will be a more just society based upon the economic theories of Karl Marx, are seeking to convince Americans that our current political and economic system is deeply flawed and must be rebuilt into their vision of a socialist workers paradise. Using historical erasure and revision, our Progressive neighbors are trying to convince us that racism is the root cause of all social and economic problems in America and only restricting speech and thought can eliminate it – that is, do not question our Marxist group thought or risk being labeled a racist and suffer our mob wrath if you do.

In 2017 I raised the question that since erased Gold Rush Pioneer and other historical monuments will be permanently lost to all future generations, should we not be civilly debating the public policy question: “Do later generations have the moral right to limit monuments to what is popular during their time on earth?”

Unfortunately today’s policy makers are skipping public debate and allowing the intimidation of a violent minority to prevail. Today we have little time left to save our historical monuments from the current Progressive Correct mob rampage.  This dilemma causes us to raise an unpleasant new questions: “Does this mean that that the law abiding majority among us are doomed to lose our history and heritage?” or, “Will America’s silent majority push back to rescue our history and heritage?” 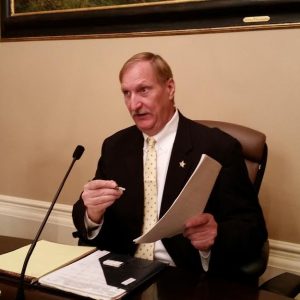 Latest posts by Dan Dellinger (see all)
Spread the news: