Home>Articles>Victims of Crime Violated Once More by Faux Victims’ Groups
12 May 2020 4:38 pm

Something happened a few weeks ago that crushed my soul like nothing I’ve ever experienced.  I don’t make a statement like that easily.  But in a million years I could never imagine what I witnessed could occur.  I spotted a headline in the Daily Journal, a Los Angeles-area legal newspaper, that read, “Crime Victim Advocates Call For More Inmate Releases, Services.”  There in black-and-white was a proclamation that was the very antithesis of what anyone who truly believes in helping victims of crime would ever say.

Incredibly…inexplicably, it seemed, was a shout-out to the world from someone I could only assume was a soldier in arms, calling for something that would negate all the hard-earned progress that crime victim advocates have made over the past several decades.

As it turned out, the article concerned the efforts of an organization called Crime Survivors for Safety and Justice, which shook me up once more.  I was very familiar with this group, whose name bore more than a passing resemblance to my own victims’ rights organization, “Crime Survivors.”  There were a couple of big differences, however.  First, I formed my group 17 years ago, while they had only been around since 2013.  That they should choose a name so similar to my organization’s seemed more than a coincidence.  It was as they were trying to deliberately mislead the public and create confusion between our two very different groups.

While Crime Survivors for Safety and Justice touts itself as being an advocate for victims of crime, they are actually far more concerned about the rights of criminal defendants.  Even their website intimates their thinly-veiled, soft-on-crime agenda by suggesting the organization and its staff embrace “creating a more humane criminal justice system” and that they “fight for policies that promote healing over retribution.”  One of its leaders was quoted in the Austin American-Statesman as saying, “We support common-sense changes to our criminal justice system that help break the cycle of crime and make our communities safer.”  They offer powerful support for perpetrators of violent crime.  As for the victims?  Not so much.

The mystery was solved, but the actions of Crime Survivors for Safety and Justice shouldn’t have surprised me.  My devastation stemmed from something else I noticed in the story.  One of the nation’s most reputable victim advocacy groups, the National Center for Victims of Crime (NCVC), was reported as being in support of releasing more inmates into our communities.  This time there was no mistaken identity involved.  An organization that has steadfastly supported victims for years had crossed the line to support convicted criminals.

As I read on, it wasn’t just NCVC, but other well-respected victims groups, including the Health Alliance for Violence Intervention and Still Standing Against Domestic Violence who were said to be in support of the wholesale release of inmates into our communities.  They claimed that rehabilitation and shorter sentences were what victims wanted, even citing a poll in support of the move.

The 180 degree reversal of these formerly honorable organizations is not only deeply disappointing, it is confounding.  The very foundation on which they were created has been turned on its ear for reasons that are equally mysterious.

There are many possible reasons why both public figures and organizations that are well-known for their principles may shift their stances.  As personally crushing as it is to me to see them abandon their values, along with the very people they promised to serve and defend, it only galvanizes me all the more to fight for what is right.

My soul may have been crushed, but it is resilient, just as all survivors must learn how to be.  The organizations and individuals behind them who have lost their way will face their own reckoning in due time.  In the meantime, I commit myself to fighting the good fight, and invite one and all to join me in working on behalf of the victims who often see us as their last hope. 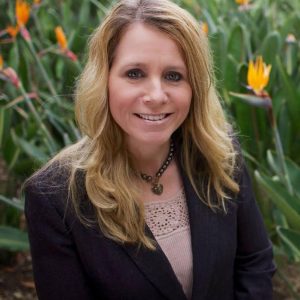 Patricia Wenskunas
Patricia Wenskunas is the Founder/CEO of Crime Survivors. Patricia nearly died after being brutally assaulted by someone she knew and trusted.  Following the attack, Patricia dedicated her life to fighting for victims and their rights by founding Crime Survivors (www.crimesurvivors.org).  The non-profit organization is dedicated to ensuring that victims and survivors of violent crime are protected and their rights supported by working closely with law enforcement, the judicial system and the community.

Latest posts by Patricia Wenskunas (see all)
Spread the news: