In a political arena filled with irrationality, here is a rational argument: (1) Illegal immigration poses an existential threat to the nation; (2) Both parties of Congress have failed to acknowledge the threat, let alone deal with it; (3) To avoid a national catastrophe, the president must act immediately to stop the invasion of people who refuse to respect our sovereignty.

The border crisis poses an existential threat to the nation. The threat manifests on three levels. First, in terms of the legal ramifications, current immigration policy is an inch away from ending our republic. The president recognizes that either we are a country of laws or we are nothing. If we permit one law to be ignored, all laws will be subject to individual whims and it will bring us closer to anarchy. When millions of aliens are permitted to enter the U.S. illegally, and sanctuary cities and states can deliberately disregard federal statutes, the rule of law becomes a thing of the past and we no longer have a country.

The Democratic Party endorses open borders, the lottery system, chain migration, and non-enforcement of our existing laws because mass immigration will result in Democratic domination of the United States. The Republicans almost let them get away with it until Donald J. Trump appeared. He showed courage and honesty by making immigration reform—a topic that no one else wanted to touch—the keystone of his presidential campaign. Now our elected politicians do all they can to block him from fulfilling his promise. That is the definition of “obstruction of justice.”

Second—in socioeconomic terms, we simply cannot absorb the millions who are coming across the southern border illegally. Democrats like Kamala Harris, Bernie Sanders, Elizabeth Warren, and Alexandria Ocasio-Cortez argue that we have an obligation—based on “compassion”—to admit non-citizens who are suffering in s**thole countries. Who are the Dems kidding? Most of the world is made up of s**thole countries. The residents of those countries would be crazy not to want to live in America. But if we open our borders to all who want to come, it will be impossible to accommodate the resulting tidal wave of immigrants. We can’t assimilate the 22 million or so that have already smuggled themselves into the country. Try to imagine what would happen if we take in 100 million or 300 million or more “refugees.” The economic costs of such a policy would tear us apart. The social costs of deadly drugs, violent criminals, and terrorists constitute the worst public safety issue since World War II. Clearly we cannot afford to admit everyone who wants to come, nor is our government under any legal or moral obligation to satisfy the desires of the entire planet.

Third—politically, the intent of the Democratic Party’s push for open borders is the destruction of the two-party system and the forced implementation of socialism. The Democrats know that if they can add enough voters from among the immigrant population, a Republican will never again be elected to the presidency. Then the Dems could re-write the Constitution and muscle through their Green New Deal or some other totalitarian socialist nightmare. That scenario has already played out in California. “There is no diversity in California,” observed political commentator Bill O’Reilly. Thanks to the invasion of illegal immigrants, the two-party system no longer exists in the state that elected Ronald Reagan to two terms as governor.

In Texas, Senator Ted Cruz defeated his Democratic opponent by a mere 200,000 votes. In a year or less, as O’Reilly points out, Texas could go the way of California if enough people slip across the Rio Grande. The same is true in Florida, where Governor Ron de Santis beat his ultra-liberal Democratic opponent by only 33,000 votes. If the Democrats can change Texas and Florida from red to blue, the game will be over.

But non-citizens can’t vote in presidential elections, you say? No problem. The plan of the Democratic Party is to use dubious forms of ID in order to give voting rights to people who are euphemistically referred to as “undocumented immigrants.” According to the National Conference of State Legislatures, 12 states and the District of Columbia have enacted laws enabling illegals to obtain a driver’s license. In 34 states, a valid driver’s license is all you need to vote. You may vote in 16 states without showing any identification at all. If the Democrats get away with this subterfuge, the issue of whether we should award citizenship to millions of illegals will become irrelevant. We won’t have to give anyone citizenship because the rights and privileges that normally are reserved for citizens will be available to anyone with a phony ID. The value of U.S. citizenship will dwindle to zero. Why aspire to citizenship when all the perks are available without it?

Both parties of Congress have failed to acknowledge the threat, let alone deal with it. The reason behind Democratic support of open borders is obvious. In support of their devious objectives, the Dems won’t even acknowledge that a crisis exists. What is not so obvious is Republican acquiescence. Regardless of the reasons, the reforms that Congress ought to be making to our broken immigration system are not happening. Rogue liberal judges in federal district courts are reinforcing the inaction of the legislative branch and obstructing the efforts of the executive.

The situation is analogous to this scenario: You want to travel from Los Angeles to New York. United has a flight leaving in ten minutes. Even though you don’t have a ticket, you demand to be seated on the airplane. Instead of rejecting your demand, the airline gives you a seat . . . provided you agree to appear in five years for a hearing. That’s how our immigration system works. It’s called catch and release. Think about how crazy that is. We catch people coming across the border illegally and then release them—not back into Mexico but into the U.S.—as long as they promise to show up for a hearing, which they never do. Who came up with that insane plan? Let’s get rid of it. The law of asylum also must be revised. The anarchy of sanctuary cities must be prosecuted out of existence. Policies of chain migration and birth citizenship must be discontinued.

To avoid a national catastrophe, the president must act immediately. Only the executive branch can do what desperately needs to be done—closing the border until Congress does its job. At the current rate of illegal immigration, we can’t afford to procrastinate for a year. During the next 12 months, a million or more illegals will enter the U.S.—enough to alter voting patterns in key states. We don’t have the luxury of waiting for Congress to pass new laws. We can’t wait and see if Mexico will police its borders. We should first close the border and then change the system.

In the present scenario, we are encouraging untold millions to cross our borders illegally with the assurance that they will be able to vote in our elections and receive free healthcare, education for their children, welfare payments, unemployment benefits, housing assistance, legal advice, and social security. We are encouraging MS-13 gang members to leave their homes in El Salvador, Guatemala, and Honduras in order to wreak havoc in our peaceful suburbs. We are encouraging Mexican drug cartels to expand their nefarious operations into Texas, Arizona, and anywhere else they please. We are encouraging ISIS and other radical terrorist groups to infiltrate our borders and establish terrorist cells in our vulnerable cities.

Yet the Democrats cry, “Don’t close the border. You will cut off the importation of avocados.” Liars! To hell with the avocados. The Dems don’t want us to interfere with their plan to transform the United States into Venezuela. I’m not willing to stand for that. Are you? 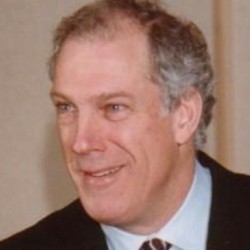 Ed Brodow
Ed Brodow is a political commentator, negotiation expert, and author of seven books including his latest, Tyranny of the Minority: How the Left is Destroying America.

Latest posts by Ed Brodow (see all)
Spread the news:

3 thoughts on “Close the Border or Lose Our Country”