With so much national hype gathered around November’s political election cycle, it is no surprise to see astonishing amounts of money pouring into the state of California. Backed by big money donors, Democrats and Republicans alike are jockeying for as many seats as possible. It may be a shock to find out just how little attention one district is receiving.

Representing California’s 32nd, Congresswoman Grace Napolitano serves parts of Los Angeles in the El Monte region. First elected in 1998 and currently in her 10th 2-year term, the platinum-haired Democrat is looking to secure yet another November victory. This type of success is something Congresswoman Napolitano is very familiar with. Out of 53 Congressional districts within the state, she is one of ten longest serving California representatives behind the likes of others such as Nancy Pelosi, Dana Rohrabacher and Maxine Waters.

For someone who is as well tenured and experienced as Napolitano, one might wonder why or how she has only managed to raise less than $250,000 compared to some who have raised over six or seven million. Well, let’s look at her competition. If you have a hard time finding it, that’s because Republican candidate Joshua Scott entered the race only a month before the primary. Furthermore, according to Ballotpedia, it looks as if he doesn’t stand a chance. Napolitano cruised to a 99.92% win in the June 5th primary and her poll numbers remain extremely high. 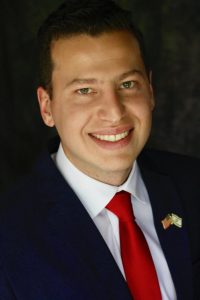 It is not uncommon for a candidate of an opposing party to enter their name into a ballot against an incumbent they know is going to win. Often times, there is great reward within partisan lines and it gives voters another name to choose if they are dissatisfied in current leadership. It should also be pointed out that challenger Joshua Scott is the youngest candidate running for federal office in the nation at 25-years old.

Despite this, Napolitano hasn’t always gotten away with such large margins. In 2016, she faced fellow Democrat Roger Hernandez and won the vote by 30%. Previously, in 2014 she faced Republican Art Alas and only won by a comparatively narrow 17%.

So why hasn’t GOP money tried to overpower the district? For starters, this is a district that voted 97% for Hilary in the 2016 presidential election. On top of that, this is a midterm election during a time where presidential rating is below 40%. As long as things stay the way they are, surely Napolitano will not be worrying over November.

Latest posts by Sean Brown (see all)
Spread the news: