Pelosi has repeatedly said impeachment proceedings would be premature before Special Counsel Robert Mueller releases his report. For now, most Democratic leaders seem focused on using their new subpoena power, obtained upon gaining control of the House of Representatives, to feverishly investigate all things Trump.

But Sherman told the Los Angeles Times, “There is no reason it shouldn’t be before the Congress. Every day, Donald Trump shows that leaving the White House would be good for our country.”

“I didn’t do this as some political move, I did it in July of 2017, about as far away from an election as a House member ever gets,” the pol also insisted to CNN.

By that he meant the impeachment resolution expired with the last Congress so it needed to be re-introduced.

Sherman’s articles of impeachment, which the last Congress never voted on, say Trump is guilty of obstruction of justice because he fired FBI director James Comey and told him to back off investigating his former national security advisor Michael Flynn.

“Knowing that Federal law enforcement authorities were investigating possible criminal law violations of his former National Security Advisor, General Michael Flynn and knowing that Federal law enforcement authorities were conducting one or more investigations into Russian state interference in the 2016 campaign for President of the United States, and that such investigation(s) included the conduct of his campaign personnel and associates acting on behalf of the campaign, to include the possible collusion by those individuals with the Russian government, Donald John Trump sought to use his authority to hinder and cause the termination of such investigation(s) including through threatening, and then terminating, James Comey.”

“In all of this,” the four page resolution reads, ”Donald John Trump has acted in a manner contrary to his trust as President and subversive of constitutional government, to the great prejudice of the cause of law and justice and to the manifest injury of the people of the United States.

“Wherefore, Donald John Trump, by such conduct, warrants impeachment and trial, and removal from office.”

On the day a freshman Democratic congresswoman called Trump “a motherfucker” who should be impeached, several top Democrats were rather dismissive of Sherman’s resolution.

“After Bob Mueller issues his report, we ought to see what evidence he produces, before we have any discussions of what the consequences should be.”

Representative Jerrold Nadler (D-New York), who as House Judiciary Committee chairman would handle any impeachment proceedings, said tartly of Sherman’s resolution, “To each his own.”

But House Armed Services Committee Chairman Adam Smith (D-Washington), while stopping short of saying he would support the resolution, was more sympathetic.

“It’s not too soon to be talking about” impeachment, he argued. “We will have to decide whether or not it’s the correct course of action. But certainly we should be discussing it and asking those questions and figuring out what the best course of action is.” 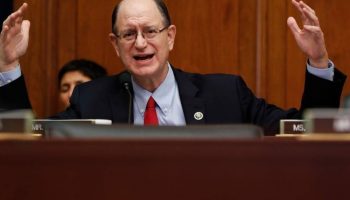 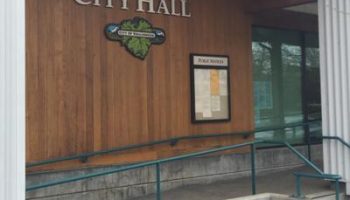 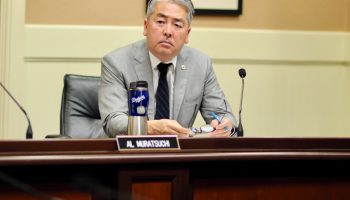 Bill That Bans Mercury, Other Chemicals In Makeup Passed By Assembly