It wasn’t until 2019 that California’s new Governor, Gavin Newsom, suspended most of the Gov. Jerry Brown administration’s multi-billion-dollar high-speed rail plan. This does not mark the end of the state’s train ambitions.

The latest idea is to expand the Los Angeles Metro Purple Line into Beverly Hills. This is in some ways worse than the costly high-speed rail proposal, for the Purple Line extension is not only costly but is also a safety hazard to the community.

California voters passed a bond initiative in 2008 authorizing the issuance of $9.95 billion in general obligation bonds for the planning and construction of an 800-mile high-speed rail system to connect the northern and southern parts of the state. In theory, it wasn’t a bad idea to make it easier for Californians to travel across the state. At the time voters passed the bond measure, they did not realize that the state lacked the resources to actualize the idea. Instead of a high-speed rail system, taxpayers ended up funding mock-ups and proposals that went nowhere.

Today, California is working to extend the Los Angeles Metro Purple Line. Like previous plans, this extension will be pricey. The rogue route that detours under Beverly Hills High School will cost at minimum an extra $400 million. Given the state’s history of missing deadlines and exceeding budgets, it’s likely that it will cost more.

What makes this project different from other proposals is the added potential health risks. The proposed line travels through unmarked oil wells that contain methane and other gases—all of which are directly under Beverly Hills High School. In total, around 70 to 80 improperly capped and unmapped oil wells strewn across the campus and dome will be in the path of this rogue route.

Construction and tunneling in these unsafe areas may cause explosions and buildings to subside. Due to these serious threats to public safety, students, teachers, school district officials, and concerned citizens are calling on the Trump Administration to halt federal funding.

Trump Administration May Step In

By suspending funding for this project, the Trump Administration would help stop construction of the expensive and dangerous Purple Line extension. And it has precedent to do so: in May, the administration canceled almost $1 billion for California’s high-speed rail project and has effectively halted the $30 billion Gateway project in New Jersey and New York.

One would hope that other states would learn from California’s mistakes, but the Golden State’s train fever has spread. Texas, for example, is now working on its own version of a California high-speed rail system. The Lone Star State, largely known as California’s polar opposite, is making the same mistakes California did and is on track to lose a significant amount of taxpayer funds. And more states are now mistakenly following their march off a cliff.

Public transportation plays an important role in our society and should be championed. However, rather than sinking taxpayer funds into expensive transportation projects that do more harm than good, it would be prudent for states and for the federal government to invest our money into worthwhile initiatives that actually benefit the community. 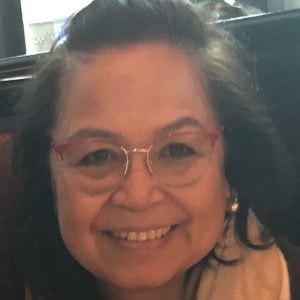 Rachel Gunther
Rachel Gunther is a longtime Southern California resident who is active in local and national politics and civic associations.

Latest posts by Rachel Gunther (see all)
Spread the news:

4 thoughts on “California’s Purple Line Extension Must Be Stopped”