Politicians are elected to lead, not to be reactionary. In the face of adversity true leaders guide those they serve to a better future.  Often the best course for government is to stay out of the way.

Over the past 17 pandemic months we’ve learned how much power one person and one-party rulers have in making emergency declarations. The Governor and State legislators impulsively shut down businesses, closed beaches and told your kids they can’t go to school. Politicians are elected by the people, where the real power belongs. The people have the power to remove politicians when they believe politicians have failed. Governor Newsom has failed California.

I’ve been an advocate for a sensible balanced response during the COVID-19 pandemic. I believe we should protect our most vulnerable, our children’s futures and education, and protect our economy with a smart common-sense approach. There was never a need to close beaches, close playgrounds, and crush people’s livelihoods. But as Californians head to the polls on September 14th, it’s not just the mismanagement of the pandemic that will be on their minds, that’s only part of a larger problem.

Californians are under attack from Sacramento on many fronts.  We are crushed by punitive taxes, homelessness, and crime.  We are forcing the next generation of workers out of the state because they can’t afford a house. We pay among the highest taxes in the country, including the highest gas taxes of any state while we have the highest poverty level in the country.  Now, the State and local municipalities are looking at additional punitive taxes for driving a car, with a “per-mile tax” to force more people out of their vehicles into public transit.

Homelessness in out of control in California. Up and down the coast, the numbers are astronomical. An estimated 83,000 people are homeless in Los Angeles with some estimates higher than 100,000. The latest Federal report estimated over 161,000 people living on the streets in California. Take a drive through any major city and you’ll see the streets lined with tents, trash, and people. None of these problems are due to a lack of taxes. Billions being spent towards homelessness in California every year no to avail.

These problems, combined with skyrocketing housing prices, force an exodus of middle-class families from California.  Inexcusable issues with unemployment benefits caused low-income families needing money to wait months last year, while prisoners profited with increased benefits. A recent explosion of crime due to releasing dangerous criminals from our jails, prompted recent Associated Press headlines about a release of a killer who served four decades in prison for the murder of a developmentally disabled man who was buried alive.

That is why on September 14th I will be voting “Yes” on the recall. The Governor and his State colleagues have failed and it is time for change in California. 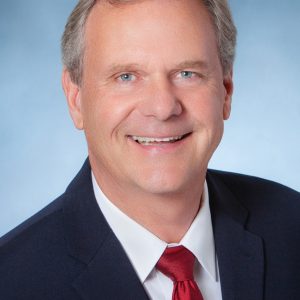