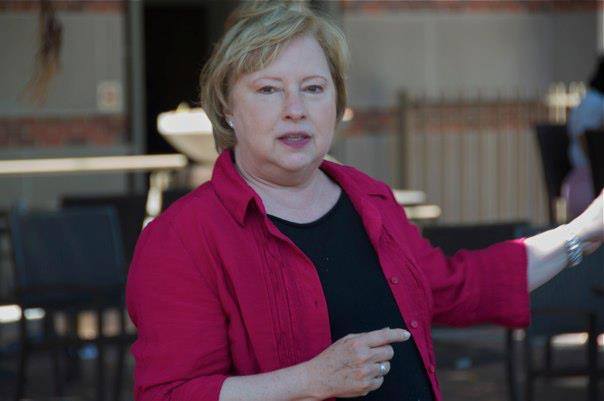 I want to pay homage to my dear friend and colleague Patricia Dean who died yesterday after suffering a bout of cancer. I owe much to her as does the University of Southern California. For six years until 2011 she served as Associate Director of the USC Annenberg School of Journalism (where I was a faculty member) and she was unlike any administrator I have ever met at any level of education. Pat was a street smart, rough-and-tumble former TV producer straight outta Chicago who could really hold her own.

It was former J-school director—and former editor of the L.A. Times and current faculty member—Michael Parks who had the wisdom and foresight to hire Patricia away from Northwestern University. (He also hired me.) They made a great team. If you messed with Pat, you had better come at her with something more threatening than a switchblade. And she also played a mean game of tennis and golf.

On an operational level, she was the Ultimate Fixer in the best sense of the word. She was dedicated to seeking out problems and immediately doing what she could to fix them. The now defunct Neon Tommy website that I started for USC students in 2009 flourished because of her unstinting support. If we needed money, she found the budget. If we needed cameras, they would appear in a snap. When we needed to rebuild the site, Pat was there for us. Indeed, when we needed the hardest thing of all to get—competent faculty—she had some successes even there.

Not a leaf moved at USC Annenberg without Patricia knowing about it—she was a one-woman intelligence unit. And that’s how she made things actually happen. Deeply caring and compassionate with the students, her door was always literally open and she went out of her way to hear out all that students had to say — good and bad about the school. And if they had an issue, she made sure to take care of it. And while she was quite supportive of faculty, the students always came first (a true anomaly in academia).

In its infinite wisdom, and under something short of dazzling leadership, the school let her contract lapse in 2011 and then covered it up by saying she had “retired.” Pat had enough dignity not to blow the whistle.

It was a terrible and still inexplicable decision as she was replaced by dour and dull bureaucrats whose tenure in her position was, fortunately, short-lived. But the damage had already been done. When Pat was taken out of the mix, the J-School really lost its most important motor. The effects were felt immediately as the school took a swan dive from which it has yet to recover fully—and probably will not.

This rough judgment will sit poorly with some of my former colleagues. Too bad. I was inspired by Pat and I write this fueled by her call-em-as-you-see-em frankness and honesty. Of course, she was a much more polite person than I could ever be, and that is probably why she was a more effective agent of change than I could ever be. My instinct was to take dead wood and try to break it over my knee. Pat’s style was to quietly but doggedly chip the wood around the bottom of all obstacles and let them eventually crash to the basement.

I will miss her but I am not sad. I know she had the last laugh. After she was discarded—or “retired”—she actually did retire to a beautiful place in the hills of Santa Fe. About a year or so after she left, she told her friends she was diagnosed with terminal cancer. I went to New Mexico to see her shortly after that and she had already made a pack of new friends in Santa Fe. She was jolly as ever and living a full life filled with concerts and art shows. She told me, without flinching, that she was “not battling cancer but instead was living with cancer.” We had a good old time for three or four days, drinking a lot of wine and gossiping about the school from which I had just (really) retired… or more accurately from which I had just quit.

She lived on another 5 years until this week, remaining active almost till the end.

In the end, the school unwittingly did her a favor. Instead of having to put up with all the gut-eating BS that overflowed at the management level of the school (then run by a Dean who was a full on disaster), she got to spend her last five years in the serenity and beauty of the American Southwest. I will miss her. But I am happy for her.

So long, Pat. Get some rest! 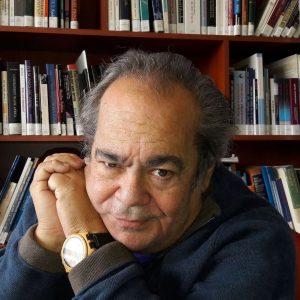 Marc Cooper
Marc Cooper is a former professor at USC's Annenberg School for Communication and Journalism.

Latest posts by Marc Cooper (see all)
Spread the news: