Environmentalists and farmers both oppose California Gov. Gavin Newsom’s new water deal, bureaucratically called the “Incidental Take Permit” policy for the long-term management of the State Water Project. One might think that a new method of allocating farm water that provides some water for farmers and cities and allows them to only incidentally “take” a few fish would be supported by both farmers, water contractors and environmentalists. But most are not pleased with what is called a political triangulation strategy crafted by the Democrat governor.

Newsom is being accused of political triangulation by environmentalists. Political triangulation is when a politician positions policy as above both right and left sides of an issue to neutralize the opposing party at the expense of alienating his own party. But does the back end of Newsom’s new water deal contain a surprise in a dry year?

To Republicans Newsom’s policy is like allowing a fox (State Fish and Wildlife – DF&W) to manage the henhouse. Who would believe that an agency that issues fishing permits would end up with the power to allocate water to farmers and cities over the Department of Water Resources? So Republican Congressmen Kevin McCarthy, Devin Nunes, Ken Calvert, Tom McClintock, Doug LaMalfa and Paul Cook sent a letter to Newsom opposing his Incidental Take Permit Policy.

Western says environmentalists wanted the number of fish that could be taken to be “zero”, preserving for them enormous power over farmers and thirsty cities in Southern California. Western points out that without the power to shut down water purportedly to save a few fish, there no longer is any reason for the existence of such environmental advocacy organizations. And there is no reason to raise the huge sums of money these organizations depend on.

Western is encouraged by the recent April 7 action of Obama appointed U.S. District Court Judge Dale Drozd denying a restraining order to stop Delta pumping to farmers for about one week requested by the National Resources Defense Council (NRDC), Defenders of Wildlife and the Golden Gate Salmon Association (see Pacific Coast Federation of Fishermen’s Associations v. Wilbur Ross -Secretary of Commerce, April 7, 2020). If the NRDC had gotten their way 35,000 acre-feet of water would have been diverted from farmers to the Pacific Ocean.

The NRDC had previously used a lawsuit in 2007 to shut down water, purportedly to save a few Delta Smelt fish. This ended up creating what was called a “wet drought” because it was a wet year. In reaction, the Metropolitan Water District of Southern California (MWD) proposed to build water conveyance tunnels under the Delta that did not trap fish so that water could not again be shut down to millions of people even in a wet year.

The MWD, and other state water contractors, were willing to spend a gargantuan $20 billion to stop such legalized environmental extortion. Jeff Michael, a University of Pacific economist retained by Save The Delta, claimed in 2016 that the then $15 billion estimated cost of the tunnels made the project infeasible. But Michael didn’t acknowledge that cost was less a concern than having no imported water at all.

The State Water Contractors (see map here) are opposed to the new Incidental Take Permit because they see in it that water allocations would be arbitrary instead of more predictable under the previous Federal-State allocation system.

But What Happens in a Dry Year?

Water is normally diverted from farmers to cities during droughts.  But what is unclear in Newsom’s Incidental Take Permit policy is what happens to Trump’s allocation of Federal water for farmers in a dry year?

The Department of Fish and Wildlife’s 140-page Incidental Take Permit document has so many contingencies in it that it is difficult to assure farmers, or cities, what their water allocation would be in a dry year. Table 9-A of the document provides that following a dry year water conveyance will operate for only 30 days. The moment of truth for Newsom’s Incidental Take Permit policy is when drought returns.

Note: The original version of this article was corrected and revised at the request of Wayne Western. 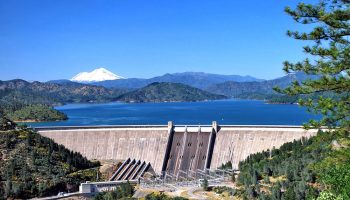 Using the Obama-signed WIIN Act of 2016, the Republican U.S. Senate has found a way to fund dams not permitted under 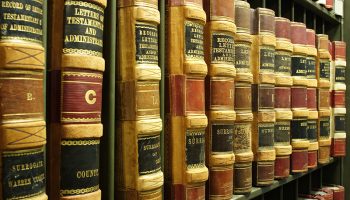 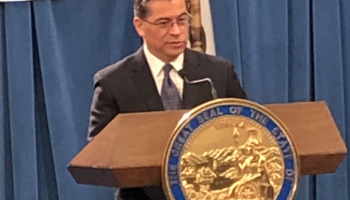 One thought on “Enviros and GOP Oppose Gov. Newsom Having Fish Agency Divvy Out Farmers’ Water”