Assembly Bill 2978, a bill in which prisoners who have committed certain crimes would have their criminal record erased after completing their sentence, was introduced to the Assembly on Monday.

According to AB 2978, authored by Assemblyman Phil Ting (D-San Francisco), the misdemeanor and felony crimes in question would have had to have taken place in 1973 or after and would not include major felonies such as murder, rape, and sexual misconduct with a minor. The bill is also an expansion of a new law passed last session, AB 1076, which has the same parameters but only covers crimes committed in 2021 or after. AB 1076 , like AB 2978, was authored by Assemblyman Ting.

AB 2978, if passed, would clear about 2 million records of former criminals in the state. This would affect about a quarter of all released convicts in the state today.

Assemblyman Ting and supporters such as the Californians for Safety and Justice group have stated that the reason behind this is to give released prisoners a better chance at finding a job, finding housing, and other similar life needs that are currently blocked by having their criminal past come up on background checks. Released California prisoners can currently clear their record retroactively, but it can only be done by filing an expensive legal petition.

“For me this is about fairness,” said Assemblyman Ting in a statement. “While I’m grateful my law from last year will help those arrested after Jan. 1, 2021, millions of Californians today are still living in a paper prison. Their records prevent them from getting jobs or housing. Let’s give people with past convictions the same clean slate that individuals in the future will be entitled to. Everybody deserves a second chance.”

Also joining lawmakers for the bill and justice groups are San Francisco and San Joaquin Valley District Attorneys, as well as many former convicts.

“I made a stupid mistake when I was younger, and even though I went to jail for five years and paid my debt to society, my past always keeps coming up,” said a former convict who didn’t wish to have his name used. “I think this changes it for me. You have no idea how hard it is to find a landlord willing to have someone with breaking and entering charges from when they were a kid, or how hard it is to find an employer willing to look past that and base you on your current merits.”

“I did something wrong, and I deserved to be punished. Now I just want a second chance to make it right.”

Like AB 1076 before it, AB 2978 has already received much opposition from some Assembly members and law enforcement groups.

But both supporters and detractors alike have admitted that the bill would only do so much as there are still numerous ways to find out about those that have received jail time.

“It’s still not 100%,” said Long Beach-based job headhunter Miles Silva. “Even if this is passed I’m still going to have a hard time placing people who did time in new jobs. Employers can easily Google names or send in for a relatively cheap background check that finds it. The Fair Housing and Employment Act (FEHA) doesn’t let you do that until after a conditional offer letter is sent in, but it very much happens.”

“Gaps on the employment record can also very much highlight a prison sentence. Or if work done in a prison is listed on the resume and is listed in a way to try and hide it. That’s a red flag to employers.”

“I mean, I had embezzlers put in for office jobs or accounting jobs and they were turned down because all it did was take a minute to search the name. While this new proposed law would help some out, employers will still find out, even if the record is erased. There are always ways.”

“The only people this proposed law is helping are those who crimes were so small they didn’t get on the news or for people whose jobs don’t do thorough background checks, all of whom also don’t question huge gaps on resumes.”

“The best way I can explain this is if job applicants, and let’s add in housing applicants, all with criminal records, had to run down a track with ten hurdles. This bill removes one of them. While it’s easier, there’s still so many.”

AB 2978 is expected to be discussed in Committee in the next few months in Sacramento. 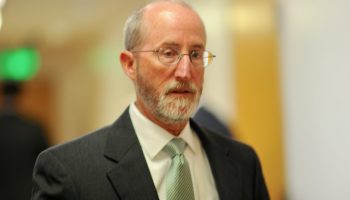 SB 431, sister bill SB 1099 expected to pass by the end of session later this month 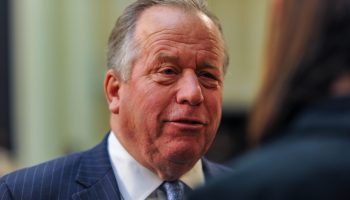 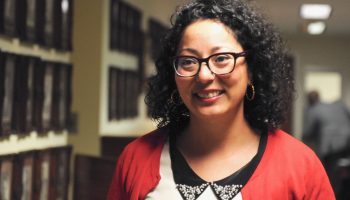