On Tuesday, Democratic Legislators in the Joint Legislative Audit Committee (JLAC) announced that the planned hearing over issuing an audit of the Employment Development Department (EDD) was cancelled, angering Republican leaders who had been pushing for such an audit.

Since March, the EDD had been experiencing significant delays, wait times that would last hours, and unemployed people who had not received any benefits for months. While a large part of EDD’s problems had to due with millions more than expected people filing for benefits due to the economic downturn caused by COVID-19, the EDD’s failure to improve despite better technology and a rapidly increasing number of staff led many citizens to begin directly asking legislators from both houses for help.

“We had a lot of callers really complaining about the delays,” explained EDD worker “Mary” in a California Globe interview. “They were saying that they had called dozens of times, had missed doctors appoints to stay on the line with us, you name it. Finally it got to the point that they said they would write or call their Congressman over this, but I’m guessing that trickled down to State Senator or Assemblyman based on what happened.”

In June, the GOP, led by Assemblyman Jim Patterson (R-Fresno), called for the JLAC to audit the EDD. In July they succeeded, with a hearing over placing such an audit on the EDD scheduled for August 11th.

“This is a monumental failure at a time when millions of Californians need it most,” said Assemblyman Patterson in a statement last month. “A 25% answer rate is absolutely unacceptable.”

“When we turn the state auditor loose and put these bureaucracies under the white light of accountability and find the problems more often than not, we deal with them. We need to do two things at the same time. We need to get the attention of EDD to clean up their act now, but we also are going to have to get the auditors involved so that we can fix the long term problems.”

Meanwhile, the state Senate also worked on a fix for the EDD by requesting the Governor keep the EDD open around the clock to get in touch with the most people needing help filing.

However, the EDD showing improvement through more hiring, and both houses of the state legislature missing weeks of work due to a COVID-19 outbreak in the State Capitol, led Democrats to end the hearing over the audit. Although the compressed schedule for lawmakers was ultimately the main reason given for the removal, many Republicans severely criticized the decision, noting that underlying issues in the EDD needed to be brought to light in order to be solved.

Had the audit been approved, it would have been the first state audit of the EDD since 2011.

California Republican leaders have maintained that they will still push for an audit despite the decision by the JLAC. 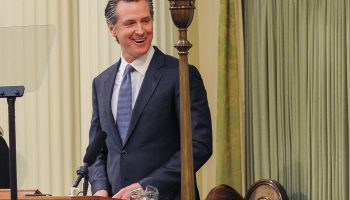 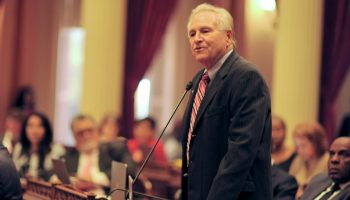 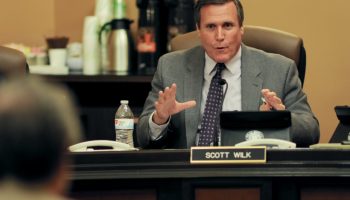