In a push to eliminate trophy hunting practices in California, Bobcat hunting will be all but eliminated under AB 1254.

Under the bill, hunting, trapping or killing a bobcat, except in extreme circumstances, would be illegal in California. The exception would be a depredation permit that would only be granted in areas that create a bobcat hunting season starting in 2025, as well as for common sense reasons such as human and livestock protection.

The number of bobcats allowed to be hunted would also be severely limited, as a Bobcat management plan would be put into place to determine how many an area is allowed to kill during a season. Several commissions would need to approve this plan, including the State Assembly itself Compared to the hunting of game animals, the hunting of bobcats would go from being carte blanche to being one of the most difficult animals to get a hunting permit for.

If signed, AB 1254 would start the near-total ban immediately, while hunting seasons would commence in 2025.

AB 1254 was backed by Assemblywoman Sydney Kamlager-Dove (D-Los Angeles). As a representative to an urban district, Assemblywoman Kamlager-Dove introduced the bill to end the practice of ‘trophy hunting’. In addition to cruelty, Kamlager-Dove has also cited extinction and conservation concerns over the animal.

“California is a leader in wildlife protection and yet the state allows bobcats to be killed merely as trophies,” stated Assemblywoman Kamlager-Dove. “Nobody hunts bobcats as sustenance. The population of these small predators is self-regulating naturally. Hunting these magnificent creatures is not only without practical necessity, it is immoral.”

“California’s wildcats are much more valuable to California residents alive than dead,” continued Kamlager-Dove. “Southern California mountain lions face possible extinction in the Santa Monica and Santa Ana mountains within 50 years. We must ensure that bobcats, a similar species, are not threatened with similar destruction.”

Conservation and animal rights groups such as the Humane Society have also strongly supported the bill.

Opposing the bill has been outdoors and hunting groups, who have said that bobcats are a nuisance to farms and are not in danger of becoming extinct.

The bill was expected to be a minor one that limited hunting. But it quickly became a hotly debated bill, with a split growing between Assmblymembers and Senators from largely red and rural areas and those from blue and urban areas. While contested by those who wanted hunting to remain open for bobcats, t was actually lawmakers who wanted greater protections for bobcats who kept amending the bill, changing it over half a dozen times.

The bill finally passed in the Senate 31-8 and in the Assembly 57-20 in early September.

The bill is currently awaiting the Governors signature or veto. Governor Gavin Newsom has stated on several occasions that he supports conservation measures and wants more animal protections in place.

RECAP: SB 192, The Bill That Makes It Legal Not To Help Police Officers Asking For Assistance 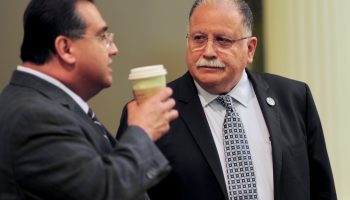 RECAP: AB 1186, Increasing The Fees In Pawn Shops Across The State

Processing charges and fees for pawned items are to go up by the end of the year.

2 thoughts on “RECAP: AB 1254, All But Ending Bobcat Hunting In California”