In barely one month, 360 elementary school students will begin attending a new charter school that offers a dramatic departure from the failed public education model in California. The Orange County Classical Academy (OCCA) will open its doors to kindergarten through 5th grade students, and apart from the student demographics, nothing about this school fits the conventional mode.

Despite being one of the most encouraging developments in California’s public education in, say, the last 50 years, it is a sad testament to the times we live in that what OCCA is doing is considered revolutionary. Here is a brief summary of how OCCA differs from literally every traditional public elementary school in California:

First of all, they are scrapping the Common Core approach to teaching English and math, and they are making the sex education curriculum “non-pornographic, age appropriate, and medically accurate.” Since Common Core and the recently revised state sex education guidelines have been unpopular with parents and are of dubious value if not actually harmful to students, these are both big changes. Moreover, the sex education curricula being used at OCCA will be made transparent to parents and will facilitate a simple opt out should parents desire that for their children.

Second, OCCA is a licensed operator to use the K-12 curriculum developed by Hillsdale College. Currently there are 20 charter schools in ten U.S. states that already use the Hillsdale model, which is patterned according to their approach to college education. This format is based on the traditions of Western Civilization. Specifically, the lessons acknowledge America’s important role in the world, embracing the Judeo-Christian principles as expressed by the founders of America. These lessons do not apologize for Western traditions, and will allow all of the students early exposure to the greatest thinkers, Socrates, Plato, Aristotle, Homer, and so on.

The students will even be taught Latin as their foreign language, with all the benefits and insights early instruction in Latin facilitates: Ease in learning any Romance language, and familiarity with the roots of most medical, scientific, and professional terms in common use in the English language.

Third, the way OCCA intends to cope with the COVID-19 pandemic is based on expert medical advice and is unaffected by the opportunistic demands of the teachers unions. OCCA intends to open with no requirement for face coverings for either students or teachers, although all will be free to wear them if they wish. They will be having normal classroom instruction without social distancing or distance learning. This policy is based on virtually all medical data so far indicating that COVID-19 is not dangerous to children, and is almost never spread by asymptomatic children, combined with the fact that wearing face masks and enforcing social distancing is harmful to the the psyche and the social and intellectual development of children.

None of these revolutionary intentions of OCCA would be within weeks of realization were it not for a long, bitter fight the organizers had to wage with the teachers union and the politicians they control. Charter schools, along with home schooling, religious schools, and private schools, all constitute a mortal threat to the teachers union monopoly. The impact of the teachers union is felt throughout public K-12 education, but especially in low income communities.

This was proven during the Vergara case, which attempted to reform union work rules that were crippling public education in California, but was dismissed on a technicality back in 2016. In the closing arguments, the attorney for the plaintiffs – often using testimony from expert witnesses for opposing counsel – demonstrated that inadequate wait time for tenure, layoff policies favoring seniority over merit, and almost impossible criteria to justify termination, had a disproportionate negative impact on low income communities.

What OCCA intends to do, promoting Western values instead of claiming the West is the scourge of human history and the scapegoat upon which to blame all travails of “disadvantaged” communities, is equally anathema to the teachers union. OCCA’s focus on classical education is an audacious, uncompromising challenge to the leftist indoctrination that sadly informs nearly everything taught these days in California’s traditional public schools. In an overt slap to the unions, OCCA even intends to include in their instructional materials videos from Prager University, an institution that is loathed by the Left. How on earth was OCCA approved to begin operations?

The Political Fight to Establish the Orange County Classical Academy

For years, parents upset with the state of California’s unionized public schools have fielded candidates for school district boards and county boards of education. In Orange County, after years of effort, they have logged some victories. In the Orange County Unified School District, of which OCCA is a part, pro-charter reformers currently hold a 4-3 governing majority. The meeting when OCCA was approved to open as a charter school was an epic moment.

In support of OCCA, over 200 parents and pro-charter advocates showed up, outnumbering the large contingent of union backers. During the contentious meeting, unable to voice arguments that matched the facts and logic put forth by supporters of OCCA, the union crowd repetitively chanted “we will remember in November.” This is not an empty threat. California’s teachers unions are among the most powerful political players in California. To retake control of the Orange County Unified School District school board, they will spend millions to support the campaigns of their candidates this November.

Fortunately, in California it is still possible for charter schools that are denied a permit to operate by their local school district to appeal to their county board of education. And on the Orange County Board of Education, pro-charter reformers hold a 4-1 majority, which will be much harder for the unions to overcome. Moreover, these unions are racing against time.

Already, as abundantly clear during the initial canvassing for students to enroll in OCCA, parents overwhelmingly support charter schools. They are especially enthusiastic about OCCA’s avowed stance on providing a classical education that promotes traditional moral values and delivers a patriotic perspective on American history. Dumping common core, getting the extremist filth out of sex education, and focusing on education fundamentals is something most parents prefer. This is repeatedly demonstrated in the perpetual waiting lists for admission to charter schools, including OCCA.

Only about ten percent of California’s students have the opportunity to attend charter schools, thanks to years of opposition from union backed school board candidates on school boards and a state legislature that is dominated by union backed politicians. Obviously some charter schools are more excellent than others, and there are cases where the local public schools are themselves very excellent. But allowing parents a choice, especially in the communities most victimized by the union monopoly on public education, means charter schools are always held to a high standard.

The success of OCCA, as a charter school with an instructional model perhaps further removed from the traditional unionized public school than any to-date, means its success will reverberate around the state, awakening voters, energizing parents, inspiring similar ventures, empowering students, transforming education, and eventually, realigning California politics. CTA, CFT, watch out. Reformers are fighting back harder than ever, and at last, they’re starting to win. 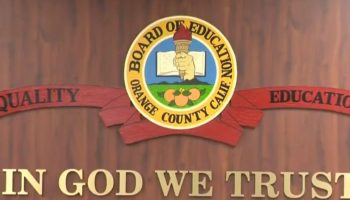 OC Board previously voted to not have mandatory face masks, social distancing inside schools 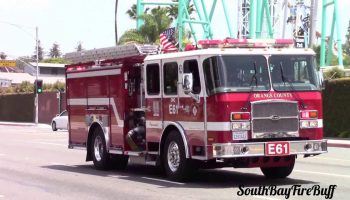 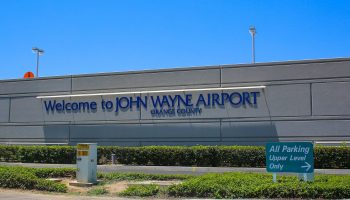