An activist judge with a questionable track record has made a head-scratching decision to overturn the votes of millions of Californians.

Alameda County Judge Frank Roesch recently ruled in favor of a union-backed lawsuit aimed at dismantling Proposition 22 — a ballot measure that provided job protections for gig workers while allowing them to retain the flexibility of being freelancers. But last fall, Prop. 22 passed by more than 58 percent of the vote with almost 10 million Californians voting in favor of the ballot measure. Now, thanks to one union-friendly judge, it’s as if those votes don’t count.

It’s no secret that California has become increasingly hostile to the entrepreneurs and business owners that drive our state’s economy. The recent decision to overturn Prop. 22 is just the latest example of many.

Businesses already face a legal minefield in the Golden State; there are more than 1,000 pages in the California Labor Law digest.

My organization, the California Business and Industrial Alliance (CABIA), has been outspoken about harmful laws on the books, especially the Private Attorneys General Act (PAGA) — a terrible policy that leaves both workers and business owners worse off. In addition to that, now businesses have to worry about activist judges like Roesch who base their decisions on the will of interest groups, rather than on the merits of the actual case in front of them.

The lawsuit against Prop. 22 was backed by the Service Employees International Union (SEIU). It’s not hard to see why the union wants to eliminate the policy. The SEIU is one of the main labor unions trying to organize gig economy workers. With Prop. 22 out of the picture, it would be much easier for the union to convert gig workers, newly-classified as employees, into dues-paying members.

Judge Roesch has a long history of making bad decisions that are repeatedly tossed out by higher courts. CABIA’s new report documents Roesch’s poor judgement over the years.

In 2009, Roesch sided with public-sector unions when he ruled to invalidate California’s furlough powers during a fiscal crisis, only to be overruled by both a California appeals court and the State Supreme Court. That same year, Roesch unsuccessfully tried to block the City of Oakland from using public safety funds to hire desperately needed police officers.

In 2012, a State Appeals Court found Roesch incorrectly tried to limit a man’s constitutionally protected speech. The next year, a California appeals court unanimously overruled a prior decision from Roesch, finding he not only erred on matters of fact, but even misapplied a legal concept commonly taught to first year law students. In 2018, two separate decisions from Roesch were overturned due to his egregious biases in the cases.

Roesch has also been repeatedly disciplined for his improper conduct as a judge. In 2011, he was reprimanded by the state Commission on Judicial Performance after repeatedly denigrating and insulting a plaintiff, even proclaiming the plaintiff asked an idiotic question. In October 2020, the same state judicial commission unanimously admonished Roesch due to his egregious biases in two cases he had presided over.

In the first case, Roesch denied a party their fundamental right to due process as part of his efforts to ensure a preferred judicial outcome. In the other case, Roesch sought to deny a man ownership over a property he had legally bought, due to unfounded suspicions about cheating.

Passing Prop. 22 was the first step toward reversing the havoc AB 5 caused in California.

At least if Judge Roesch’s track record holds true, an appeals court will easily see through his bias and validate the millions of voters who passed Prop 22. 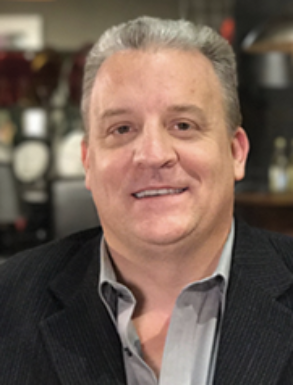 Tom Manzo
Tom Manzo is the founder of the California Business and Industrial Alliance (CABIA).

Latest posts by Tom Manzo (see all)
Spread the news: