Home>Articles>Another Unconstitutional Racial Quota Bites the Dust, but May Not Be Gone for Good
24 Oct 2022 7:54 am

Just in time for Halloween, the State of California has properly dealt with zombie legislation. The Governor recently signed AB 1604, “The Upward Mobility Act,” a bill that attempted to bring a racial quota back from the dead when the legislature first introduced it. Thankfully, what the Governor signed into law bears little resemblance to its original monstrous form.

AB 1604 sought to require all California state boards and commissions to have at least one volunteer board member or commissioner from an “underrepresented community.” This essentially included any individual that identified as non-white or Caucasian.

California has hundreds of boards and commissions that advise state agencies. The members are mostly unpaid volunteers from the public appointed by the Governor and leaders of the legislature. Boards and commissions oversee a vast array of areas and issues, from acupuncture to election modernization. Members craft and implement policies impacting numerous aspects of life in the state, including licensing standards for professionals in various fields.

Under the original version of AB 1604, the state would have been able to reduce individuals seeking the honor of serving on these boards and commissions to the color of their skin, rather than their individual talents and contributions to effective public policy. It would have been yet another ghoulish attempt by California to prioritize how our institutions look rather than how they perform.

Indeed, if AB 1604’s frightful quotas sound familiar, it is because they have pounded on our doors before. AB 1604 was originally little more than the reanimated corpse of AB 979 and SB 826—which tried to mandate gender, racial, and sexual orientation quotas on corporate boards—both of which courts drove a stake through the heart of when they were found unconstitutional. AB 1604 itself was the ghost of AB 105, the legislature’s first attempt to impose a racial quota on state boards and commissions. Even Governor Newsom acknowledged the constitutional defects of AB 105, leading AB 1604’s predecessor to fail.

Pacific Legal Foundation (where I work) brought this failed history of quotas to the attention of the legislature, along with the legal defects inherent in them given their violation of the equal protection clauses of the United States and California constitutions. And, fortunately, when PLF and Californians for Equal Rights said, “don’t open that door!” the legislature heeded the advice that a horror movie character typically ignores.

While the current form of AB 1604 is an improvement, continued vigilance is necessary as the dead often sleep restlessly. Current law requires state agencies to maintain upward mobility programs to develop the careers of state employees in low-paying occupations. AB 1604 now requires these programs to set annual goals, including the number of employees expected to progress to higher positions. Notably, these goals “may include race, gender, LGBTQ, and disability status as factors to the extent permissible under state and federal equal protection and antidiscrimination laws.” This limitation is not completely reassuring, as not every state official may be aware of the outer bounds of this permission. Agencies cannot use AB1604 to awaken, like Rip Van Winkle, long slumbering racial preferences by providing career assistance to employees based on their race, or depriving others of it on the same basis. Some state employer might unwittingly attempt this to satisfy upward mobility goals, but if they do, state employees need not ask “who you gonna call?” to know where to turn to vindicate their rights.

The impetus behind AB 1604 raises further concerns that the legislature is not finished with quotas. The bill was meant to address a disparity between white and non-white civil servants and the eerie speculation that the “system in place … hinders Non-White civil service personnel.” That ghastly assumption will persist past AB 1604. And given that California’s history is haunted by attempts to enact unconstitutional quotas, there is good reason to be wary of quotas rising from the grave yet again.

This may be the end of quotas on our boards and commissions for now, but like every good horror movie, “the end” comes with a question mark. 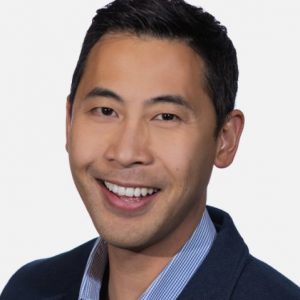 Andrew Quinio
Andrew Quinio is an attorney at Pacific Legal Foundation, a nonprofit legal organization that defends Americans’ liberties when threatened by government overreach and abuse.

Latest posts by Andrew Quinio (see all)
Spread the news:

One thought on “Another Unconstitutional Racial Quota Bites the Dust, but May Not Be Gone for Good”