The daunting threat of monopolies is nothing new to small business owners. When a single company dominates a market, competitive forces are eliminated, quality decreases, prices go up, and all too often, the smaller player is forced to forfeit. So, as monopoly control becomes more prominent in the healthcare industry, business owners, more than most, can recognize the familiar link between hospitals’ growing market dominance and our nation’s skyrocketing healthcare prices.

Over the last five years alone, America’s top ten largest health systems have amassed control over a quarter of the hospital market share. Unsurprisingly, during the same five-year period, hospital prices spiked 31% nationally, a growth rate that is four times that of workers’ paychecks. Hospitals without any competitors within a fifteen-mile radius have prices 12% higher than hospitals in markets with four or more competitors – the data is clear: without meaningful competition, hospitals are able to extract higher prices from patients.

Another way hospital systems exploit their growing monopoly power to maximize their profits is a shady practice known as “dishonest billing.” This occurs when big hospital systems buy up small, independent doctor’s offices and take over their billing operations, tacking on additional hospital facility fees, despite the patient never stepping foot inside a hospital and receiving the same service from the same physician.

Usually, hospitals justify the high cost of visiting a doctor who works out of their main campus by associating the higher cost with the overhead of the facility, such as building costs and amenities. The same treatment at a hospital is nearly 300% more expensive as compared to a traditional office setting. Most accept this reality and just avoid unnecessary visits to large hospitals, only choosing to go when it is absolutely necessary. Otherwise, customers tend to prioritize receiving medical care at smaller, private practices because it is known there is less cost associated with this kind of setting.

But what happens when a consumer tries to save money, goes to an off-campus location, and then still gets charged the higher cost as if they had been treated directly at the hospital?

This billing loophole is one predatory practice hospitals have created: a hospital will use its superior size and deep pockets to buy up small, private doctor’s offices and convince them to operate under the hospital’s ownership. Then the hospitals will begin billing the patients that go to that office up to 14% more, despite not changing the private doctor’s office staff or the location.

It should come as no surprise that this billing practice is beginning to spark a national outcry. One recent national news article documents a woman who visited her regular doctor to receive her annual arthritis treatment—only to find out later she had been charged ten times the usual amount due to dishonest billing.

Stories like this make the term “dishonest billing” very fitting—hospitals are intentionally deceiving consumers by thinking they’re going to a place where they can save money, but instead, they’re getting ripped off – slapped with unexpected charges.

And it’s not just the one-time visit that’s costing patients. Some health insurance plans have opted to move toward a co-insurance model, asking patients who visit these disguised hospital-owned facilities a fixed percentage of the cost of the visit, which means consumers are left paying hundreds of dollars per visit. Other health insurance plans are paying the marked-up cost but increasing premiums to make up for the increased cost-sharing. And some plans are refusing to pay the exorbitant fees at all.

For the past 36 years, small business owners have ranked healthcare costs as the number one problem plaguing their operations every single year. New estimates show a 5.6% cost-per-employee increase in the next year alone. Those costs will have to be shouldered by someone, and at a time when employers are already struggling to attract and retain workers, forcing more costs on employees just isn’t viable.

Employers cannot afford continued price increases to provide their employees coverage. Our business community needs lawmakers to do everything in their power to lessen this cost burden and address the true cost drivers in the healthcare market. Dishonest billing would be a great place to start – a recent study found if “dishonest billing” was addressed and hospitals were forced to charge the same rate for a specific set of services, private cost-sharing and premiums could be reduced by almost half a trillion dollars over the next decade.

It is time our lawmakers put a policy in place that prohibits dishonest billing and ensures hospitals simply bill patients based on where their care was received. 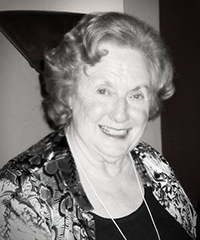