Law enforcement agencies institute and maintain minimum safe staffing levels because public safety is too important not to. That means not only having enough personnel on duty to handle an ordinary day but also to be prepared for anomalies: home-invasion robbery, occupied burglary, a mass shooting incident, multiple violent incidents occurring at one time. There needs to be enough personnel to handle incidents like these and also the call all cops dread: Help the Officer.

So, agencies develop minimum safe staffing requirements to assure adequate coverage that promotes citizen and officer safety. However, many American cops – including the National Police Association – will tell you minimum staffing levels have rarely been met for years. In my agency, they fudged the staffing numbers as deftly as any Philadelphia poll worker does counting ballots.

Before I retired, I, and nearly every officer in my squad, had to work at least one shift as the only officer in the squad. Other squads had the same experience. Often, on the daily staffing sheets precincts would send to operations, the total number would also reflect officers who were not available to respond to 911 calls. This would boost the staffing numbers artificially. Officers saw this happen nearly every day. And I hear it’s only gotten worse.

Here’s the process: you sponsor a proposition for the ballot, making sure to exclude the word “safe,” to insert bias. Then leave voters to decide to keep or reject minimum (blank) staffing levels. If not for making sure officers and the community are safe, why else would minimum staffing levels be required?

For San Francisco politicians, however, this was just another way to “defund the police,” right? Essentially, that’s what it will do. Ballotpedia reported a yes vote “remove[d] the mandatory police staffing level…” and a no vote would retain 1994’s Proposition D, which required the SFPD to maintain “at least 1,971 full-time police officers on staff.”

This is how irresponsible San Francisco has become since 1994. In that year, voters felt officers and the community needed a minimum staffing level to keep cops and the community safe. In 2020, San Francisco voters apparently care so little about officer safety, they are willing to put their neighborhoods at risk with inadequate staffing for ideological reasons. Then again, at the rate San Francisco is decriminalizing crime, soon the cops won’t have any laws on the books left to enforce—well, except for “hate crimes.”

According to Police1, “The San Francisco Police Officers Association has opposed the measure, saying the department has never met minimal staffing levels in recent history and is consistently short-staffed.” Again, a common complaint in many law enforcement agencies across this nation.

SF Supervisor Norman Yee introduced Proposition E to amend the city charter to eliminate mandatory safe minimum staffing of the police department. Megan Cassidy of the San Francisco Chronicle reported, “Yee said the measure would lay the groundwork for the types of police reforms San Franciscans are demanding. Namely, he said, it would allow the city to bring in other types of professionals to handle activities related to homelessness issues and mental health crises that don’t involve criminal wrongdoing.

“It would take the handcuffs off of our policy decisions for reform efforts,” he said. “Reform,” of course, according to their warped definition.

And, there you have it. Just another effort to exchange an effective police department for an illusion of public safety. A myth that, as one Minneapolis City Council person calls them, “violence interrupters” social workers who can do better than the cops.

Every cop in America knows exactly what this miracle social worker fantasy will result in: less public safety. If that’s what the San Francisco politicians and voters want, good luck to them. Although, with the surge of people escaping San Francisco’s lunatic leaders, the population may just dwindle to where the minimum safe staffing will be down to a dozen or fewer officers for the entire city—if they even have that many cops left by then. 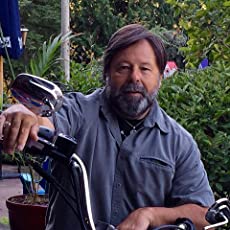 Steve Pomper
Steve Pomper is a contributor and active member of the National Police Association. A retired Seattle police officer, Pomper is the author of four non-fiction books, including De-Policing America: A Street Cop’s View of the Anti-Police State. He served his entire career on the streets, including as a Field Training Officer, East Precinct Mountain Bike Patrol Coordinator, and on the Community Police Team.

Latest posts by Steve Pomper (see all)
Spread the news: