Monday is a national holiday to celebrate the life and achievements of Dr. Martin Luther King, Jr.  Across the nation, tributes will be paid to the man who taught us to dream – a man who was willing to go to jail to ensure that we could–and we would–overcome. In his honor, federal, state, and local governmental offices are closed on this day. His national influence is further observed via the many boulevards, parks and libraries named in his honor. Statues of him have been erected and his portrait hangs in colleges and universities. Schoolchildren read about his life and legacy.

So many honors for a man who inspired us to dream.

• almost seventy years since the most powerful Supreme Court decision on education: Brown v. Board of Education’s sweeping end to racial segregation.

• almost sixty years since the historic March on Washington that Dr. King led. One of the march’s key demands was the integration of students in our nation’s schoolhouses.

• some forty years since release of the landmark, “A Nation at Risk,” from the National Commission on Excellence in Education. Intended as a wakeup call, the report declared that “the educational foundations of our society are presently being eroded by a rising tide of mediocrity that threatens our very future as a nation and a people.”

Clearly, Governor Newsom, Superintendent Tony Thurmond—himself African American–and the Democratic-controlled California Legislature have failed California’s African American students. Yet, we continue to name schools in tribute to Dr. King.  According to a perusal of the EdSource.org data base showing performance outcomes of all California schools, there are some thirty three schools named for Dr. King, including charter schools.

Yet, overwhelmingly, schools named for Dr. King fail to meet the academic benchmarks established by the state for English and Math proficiency. For example, the Martin Luther King, Jr. Elementary School in Santa Ana shows that only 19.55% of their students meet or exceed English Language Arts standards today–an actual decline of 2.27% from 2019—which had also similarly declined from the previous year! For Math, only 14.93% meet criteria, a decline of 7.08% from 2019!

From north to south, schools named for Dr. King post similar scores:  At San Diego’s King-Chavez Academy of Excellence only 33.33% of students meet or exceed English standards, while only 12.88% reach Math standards—a shameful decline of 8.84% since 2019.  Quite frankly, that governing school board might consider stripping the school of its “Excellence” name since this pattern has persisted for years.

Certainly, standouts exist:  the Martin Luther King Middle School in more affluent Berkeley proclaims that 71.77% of its students meet or exceed proficiency in English and 61.63% do so in Math (though they declined by 8.64% since 2019.

Other successful schools named in honor of Dr. King include Riverside’s Martin Luther King Jr. High School as well as the independent KIPP Charter School in San Lorenzo in Alameda County among a miniscule few other.

We can no longer simply attend feel-good ceremonial events on a Monday holiday and then allow our children to return to schools named for a national hero while we simply allow educational failure and persistent underperformance to continue. Any school named for Dr. King needs to become truly worthy of bearing his name.

And let’s not stop there. California has three schools named for former President Barack Obama, one for Former First Lady Michelle Obama, and Rosa Parks – the mother of the civil rights movement.

Not one school named for President Obama sees students scoring above 18.24% proficiency in English Language Arts, or 5.29% in Math—among the lowest proficiency rates anywhere in California.  These are schools named for the former President who is often reported to be the most admired man in America. And the one school named for the most admired woman, Michelle Obama, only 30.85% are proficient in English Language Arts, 22.53% in Math. All schools have declined since 2019.

What of the mother of the Civil Rights Movement—Rosa Parks herself?  There are seven schools named for her. Most fail her. For example, in the shadow of the State Capitol itself, the Rosa Parks Elementary School in Sacramento acknowledges that only 16.4% of its students meet English Language Arts standards; only 6.59% meet Math standards.

Harriet Tubman fares somewhat better:  the one school named for her is in San Diego where only 32.82% are proficient in English; only 17.67% meet Math standards—a precipitous decline of 11.8% since 2019. Were Ms. Tubman alive today, she most likely would join us in launching an Education Underground Railway to rescue students from that—and other schools named by politicians to “feel good” about civil rights and diversity, yet which consistently fail on a day to day, year to year basis.

Public education—which consumes almost 50% of the entire California state budget and has done for years—needs not only change, but a complete overhaul. Tinkering with budget formulas is not sufficient. Bowing to the most powerful political interest in California—the California Teachers Association—can no longer be stomached.

Last year, I was proud to partner with former Ambassador Rick Grenell in seeking to advance education opportunity scholarships for the most impacted California students and I look forward to moving this agenda forward once again. Across the nation, parents are mobilizing for school choice and to truly be the architects of our children’s educational futures. Rather than Gov. Newsom bloviating about slavery reparations, the greatest slavery-remnant shackle he can break to set African Americans free is to break the chains of a cycle of education failure we have witnessed in California by embracing school choice and Opportunity Scholarships which will lead to education—finally–becoming a true key unlocking the American Dream.

Dr. King inspired us to act – to change our nation for the betterment of all. This year let’s stop the parades and banquets and all the lip service we have paid to Dr. King to focus on the tragedy of what has happened to our African American students in the very schools named to honor him. To honor Dr. King, let’s have the courage to take on vested status quo interests who prioritize our schools serving as a public works program rather than a public education system that shines equally for all. Park the Bullet Train to nowhere.  Rather, it’s time for a new Underground Railroad to (educational) freedom.  All aboard? 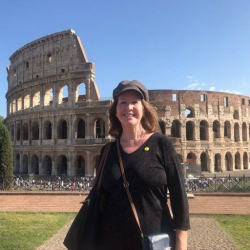