Home>Articles>OPINION: CAGOP State Party Endorsement May Not Get Candidates Past June 7th Primary
11 May 2022 2:24 am

As of the writing this op ed, the convention of the California Republican Party has been hosted. Endorsements were handed out, candidates pitched to the delegates why they should receive party support, and business has happened as usual. While to many insiders the endorsements that were handed were not surprising by any means, a state party endorsement may not get them past June 7th, Primary Election Day.

California registration numbers have barely changed and Democrats still outnumber Republicans on a near two-to-one basis, so a Republican is unlikely to win a statewide office anytime soon. But when it comes to races like the Governor’s race and a few others, Republicans are going to be in jeopardy.

While nominating State Senator Brian Dahle on the 4th ballot at the state convention is not surprising to many, the fact that candidates from the recall are not running again speaks volumes. While Larry Elder galvanized the base, he has decided to not run this year, which set up the seemingly inevitable dejection from Kevin Faulconer and his refusal to run and taking up a gig on KUSI San Diego which he seems to enjoy. John Cox has effectively dipped out, and Assemblyman Kevin Kiley is running what is likely going to be a successful congressional run in the new third congressional district.

Dahle has been considered a moderate Senator despite representing a very conservative part of California, and his nomination seems as an extension of the establishment the conservative grassroots despise. Another state candidate, Nathan Hochman, who is running for Attorney General received another endorsement. Though he does have an extensive legal career, Hochman has the same problem as Dahle in the eyes of grassroots conservatives: he is an extension of the establishment.

Since these two men may have received the endorsement of the party, it doesn’t exactly mean that they will win in June and make it to November. The Independent candidacies of Michael Schellenberger and Anne Marie Schubert for Governor and Attorney General respectively present a dilemma that the state party may face more of in the future: That the party endorsement will lose its power and clout.

Watching the California Republican Party the last two decades is something the equivalent of watching a sports team that used to compete for titles with a rich winning history, morph into a bottom feeder that turns into the butt end of every day jokes. If the endorsed candidates do not qualify for the November ballot, they may have to take a page from the Utah Democrat Party and endorse independent candidates, if those candidates will accept their endorsements.

The classic political battle in the state party of the Establishment versus the Grassroots has been a battle fought since the political and registration decline of the party. But if their endorsements fail, this battle may be closer to being decided than to continuing on for a few more years. Any shutout from statewide races in what’s left of the party’s brand would present a challenge to the current hegemony where fundraising plays as a massive motivator for their actions. Delegates will have to take a deep look into what went wrong, if the worst case scenario does indeed happen. 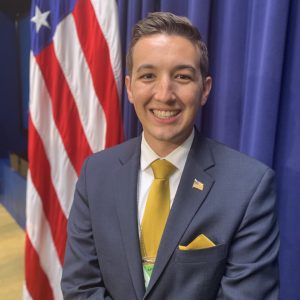 Latest posts by Brice Adams (see all)
Spread the news:

5 thoughts on “OPINION: CAGOP State Party Endorsement May Not Get Candidates Past June 7th Primary”