“Societies in decline fixate on impossible postmodern dreams as a way of disguising their inability to address premodern problems.”

The San Francisco Board of Supervisors will now call a “justice-involved person,” someone previously known as a “convicted felon,” Lloyd Billingsley recently explained at California Globe.

Stanford Professor and historian Victor Davis Hanson explains that “all societies in decline fixate on impossible postmodern dreams as a way of disguising their inability to address pre-modern problems” and political leaders who are unwilling and unable to address these problems “compensate by posing as philosopher kings who cheaply lecture on existential challenges over which they have no control.”

Hanson, who lives in California’s Central Valley, continues: “The state has become a pharaonic society of two classes. The coastal rich are exempt from financial worries over their high-tax dreams. And the subsidized poor in the state’s interior live out the real-life consequences. Meanwhile, the disrespected middle class, without either high incomes or state entitlements, is leaving the state in droves.” Hanson wrote this in 2016, and the problem has gotten exponentially worse.

The left would have us believe that merely softening the language will erase all negative connotations and everyone in California will get along because convicted felons and “ex-cons” now will follow the law and respect fellow citizens’ rights because they will no longer be stigmatized by their past illegal behaviors.

San Francisco not only has the highest property crime rate in the United States, the City by the Bay has a brownout problem — Since 2011, there have been at least 118,352 reported instances of human fecal matter on city streets, according to Forbes. Affluent sections of the city have become dangerous with open-air drug use, tens of thousands of discarded needles, and, sadly, human feces.

Lately there has been a brownout in the Bay Area… Since 2011, there have been at least 118,352 reported instances of human fecal matter on city streets. @ForbesOpinion https://t.co/4nzW2iNLvf pic.twitter.com/4itldSUafq

The human feces on the streets is just one big problem. According to the FBI, San Francisco leads the nation in burglary, larceny and vandalism, with 148 property crimes committed every day, RT reports. Violent crimes on the city’s BART mass transit network have more than doubled in the last four years, and citizens have pleaded with lawmakers to take a tougher stance on the brazen assaults.

So the San Francisco County Board of Supervisors did exactly what Victor Davis Hanson describes – they “fixate on impossible postmodern dreams” and are changing the acceptable language instead of getting to work on the rampant crime. 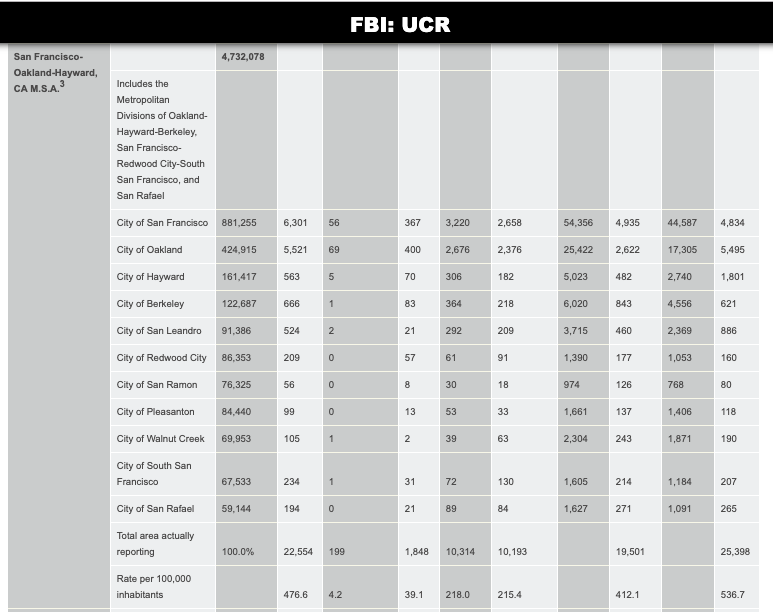 Since 2011, San Francisco reports more the 400 vagrants living on the street have died. Sacramento reports more than 300 homeless vagrants living on the streets have died in the last two years. But what most news articles leave out is how many of them died from violence by other homeless. Yet there are plenty of articles available about “homeless” men getting stabbed and robbed of possessions, by other homeless persons.

The amount of money spent on each individual homeless vagrant is roughly equal to more than $100,000 dollars a year. And the problem is only growing.

What is also growing is the salaries of the people hired by local governments to work in the agencies “combating” homelessness. The government spending is increasing on homeless vagrants, as is the number of homeless vagrants living on California’s streets.

A recently released offender will be known as a “formerly incarcerated person,” or a “justice-involved” person or just a “returning resident.”

And drug addicts or substance abusers will be known as “a person with a history of substance use.”

San Francisco Supervisor philosopher king Matt Haney said, “We don’t want people to be forever labeled for the worst things that they have done. We want them ultimately to become contributing citizens, and referring to them as felons is like a scarlet letter that they can never get away from.”

So much for a society that requires justice for victims of crimes, or paying a debt to society. In many cases, the crimes committed have had major physical damage to innocent individual victims, who often suffer a lifetime as a result of the felony. Most telling is that the San Francisco Supervisors only changed the language to benefit the criminals. What about the victims?

As Victor Davis Hanson concludes, “One of the weirdest characteristics of our global politicians and moral censors is their preference to voice cosmic justice rather than to address less abstract sin within their own purview or authority. These progressive virtue mongers see themselves as citizens of the world rather than of the United States and thus can impotently theorize about problems elsewhere when they cannot solve those in their own midst.”

“Big-city mayors are especially culpable when it comes to ignoring felonies in their midst, preferring to hector the misdemeanors of the universe.”