Some city leaders in California are so ravenous for more revenue and the power to redistribute the lucre for subsidized housing boondoggles and homeless camps, that they are pushing to impose double taxation on residents and empowering snoops and snitches to help collect their “Empty Home Tax.”

On November 8, voters in San Francisco, Berkeley and Santa Cruz will be voting on measures on whether to slap a new Empty Home Tax on owners of vacant residential units at a rate between $2,500-$6,000 per vacant unit if the unit is vacant for six to eight months or more.  Proponents argue that housing is too expensive and that the new tax will pressure owners of vacant units to rent them or, if not, generate revenue for “affordable housing projects” and rent subsidies.

This reminds me of Pogo, the comic strip character who said, “We have met the enemy, and his is us.” These city leaders are blissfully ignorant of the basic economics of housing.  They impose overly strict building codes, thousands of dollars in fees, environmental and traffic studies, eviction restrictions, and rent controls. COVID lockdowns drove some of their residents out of the city, leaving vacant units. City leaders shouldn’t be surprised that when they artificially lower the supply of housing, they raise the price of housing in their jurisdictions.  Their so-called “affordable housing projects” shift the cost of subsidized units to wealthy purchasers, thus cutting out middle-class people from the market. Their policies to pay the homeless create more homelessness. Oakland, which imposed an Empty Home Tax in 2018, hasn’t of course seen any measurable decrease in the cost of housing in the city because of the tax. Instead, their city council sessions are crowded with small landlords pleading for exemptions.

To fully enforce the Empty House Tax and gather all that new revenue, one wonders how far city government wills go. Under Governor Newsom, the state is pressuring cities and counties to not only zone for more subsidized housing but to build it. Proponents are nonchalant about the fact that the only way to enforce an Empty Home Tax is to use incredibly intrusive enforcement methods that violates residents’ right to privacy. The Empty Tax measures typically include provisions that require every residential owner that could be taxed to submit an annual declaration to the city regarding the vacancy status of their property. The city is then required to develop a process to annually audit properties declared “in-use” to verify vacancy status, in other words, whether the owner is telling the truth. How would such an audit process work?  What if the owner of a second home or condo draws all the curtains and uses automatic lighting at night when he’s not there? How could the city know whether a resident of San Francisco, Berkeley or Santa Cruz who starts his commute every morning at 6AM to Silicon Valley and only returns at 8PM at night is really living there? Afterall, the home is vacant from 9AM to 5PM when city government enforcement officers are snooping for violators.

It will be tempting for cities to welcome the help of snoops and snitches. To verify whether the house or condo is “in-use” or not, doorbells will have to rung, windows peered into, even at night when owners return at night from their long workdays. Neighbors who don’t like each other for whatever reason – gardeners use loud leaf blowers, have political bumper stickers on their cars – will be tempted to snitch to the city that their neighbor is not complying with the law and should pay the Empty Home Tax. One wonders about the due process rights of residents. If a doorbell is not answered three days in a row, will the homeowner get a $6,000 tax bill in the mail? How will he prove his innocence?

Lastly, there is the injustice of imposing double taxation on owners of a second home or condo who already pay hefty property taxes and are doing nothing wrong. And it is unnecessary as wealthy cities like San Francisco, Berkeley and Santa Cruz have some of the highest sales tax rates in the state and generate tons of revenue from tourists who pay sales taxes and high hotel taxes. These cities don’t need the money. They give away the store in their collective bargaining agreements with city unions and find themselves constantly in search of more revenue. The fundamental problem is that cities like San Francisco, Berkeley and Santa Cruz are poorly led by leaders who can’t control their budgets and have an insatiable desire to think up new ways to get more money from residents and redistribute it to their pals. Voters in San Francisco, Berkeley and Santa Cruz have an opportunity to send a message to their city councils to end their negligent management practices. 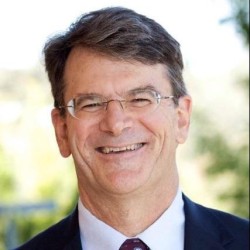 Kevin Hanley
Kevin Hanley is an Economics Instructor at Butte College. He worked as a legislative assistant and Chief Policy Consultant in the California Legislature for 24 years and served as the Mayor of Auburn.

Latest posts by Kevin Hanley (see all)
Spread the news:

10 thoughts on “The Empty Home Tax, Snoops and Snitches”