Home>Legislature>CA Lawmakers Say Presidential Candidates Must Release Tax Returns To Be on State Ballot
20 Mar 2019 2:01 am

After one vetoed bill already, state Democrat lawmakers are trying again to pass a law to require all candidates for U.S. President to file copies of their income tax returns with the California Secretary of State as a precondition for appearing on a California primary election ballot, in Senate Bill 27 by State Sen. Mike McGuire (D-Healdsburg).

California Democrats are still at war with President Donald Trump, and appear to be ramping up prior to the 2020 election cycle. Since his 2016 election, California Democrats have made it a priority to thwart his policies at every chance. Trump was the first Presidential candidate in many years to decline to release his tax returns to the media, but he’s certainly not the only politician to do so. 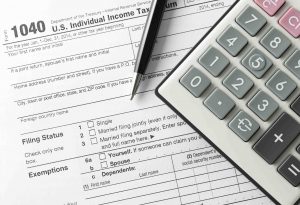 This same bill has been proposed in 19 other states. However, while state politicians choose to ignore the Constitution they swore to uphold, they do this knowing that courts cannot, making the passage of this bill a waste of time and public funding. Federal offices are required to adhere to federal qualifications. Regardless of how many states pass such a bill, it would take a constitutional amendment to modify that criteria on a federal level. Article II of the Constitution provides the criteria for presidential candidates.

At a hearing on the bill Tuesday in the Senate Elections and Constitutional Amendments Committee, Richard Winger of Ballot Access News was the only opponent of the bill who addressed the lack of Constitutionality of SB 27. Winger gave a brief history of government printed ballots with respect to the cases of states opposing who is allowed on the ballot. Winger explained that not only do states not control who gets on the ballot for federal office, “tax returns have nothing to do with election administration.”

Winger said there were 12 cases where criminals were running for office, and there was not one dissent from any court, upholding their right to run.

“It’s Unconstitutional because it directly or indirectly creates  a new eligibility requirement that Article II of the Constitution doesn’t fathom,” said Sen. Minority Leader Shannon Grove (R-Bakersfield). “We could also require candidates to make public their birth certificates,” she added. “In the end, Sacramento is once again deciding that it knows better than the millions of Californians, that may vote on a Republican ballot next year, and millions of Californians that will vote on a general ballot next year.”

According to Sen. McGuire from the bill analysis:

“Throughout his campaign, President Donald Trump refused to release his tax returns, even as his Republican, Democratic and third-party opponents did so. Releasing tax returns to the public is a long held tradition by all major party Presidential candidates in the modern era. This practice assured the public that all potential Presidential candidates were complying with the emoluments clause. The American public deserves to know that the individual they are selecting to be president will have their best interests at the heart of every decision, not the best interests of any business venture or investment fund. Transparency is a non-partisan issue. There are pressing questions for voters to have answers for before an election, because unlike members of Congress and federal appointees, presidents are largely exempt from conflict-of-interest laws. Voters not only deserve full disclosure of their future leader’s tax returns, they should be entitled to them.”

California Gov. Jerry Brown vetoed McGuire’s previous bill, SB 149, in 2017, acknowledging that passage of this bill would have set a dangerous precedent for potential partisan mischief, creating “an ever-escalating set of different state requirements for presidential candidates.” Brown said it “may be unconstitutional” to require President Trump and future presidential candidates to disclose their income tax returns in advance of the 2020 presidential election. “Today we require tax returns, but what would be next?” Brown wrote in his veto message. “Five years of health records? A certified birth certificate? High school report cards? And will these requirements vary depending on which political party is in power?”

“The only reason we are here is because 40 years of precedence has been broken with Donald Trump refusing to submit his tax returns,” Sen. McGuire said at the hearing. However, McGuire failed to note that Gov. Jerry Brown also refused to release copies of his tax returns during his recent 2010 and 2014 Gubernatorial campaigns, and that he released only a partial tax return during his third run for President in 1992.