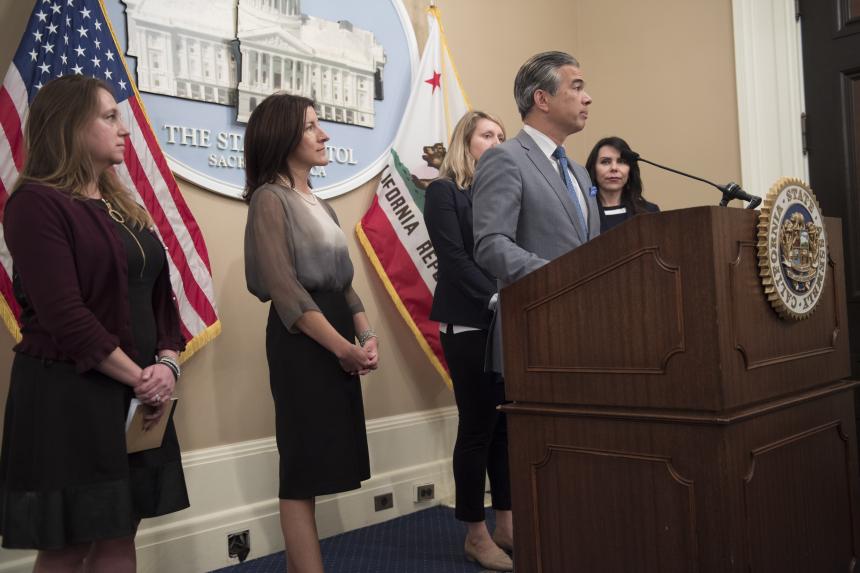 Why? “Parents of young children bring an important perspective to policy-making and should be encouraged to enter the political arena and serve,” says Bonta. “Our campaign laws should support candidates with young children and reflect our California values of inclusion, equity and opportunity.”

Bonta’s bill has not yet been been assigned to or heard in any committees, and has no committee analyses yet.

“If Democrats want to spend their precious campaign dollars on babysitting, let them!” said one lawmaker who asked not to be named.

According to newly elected California Assemblywoman Cottie Petrie-Norris, “Women are underrepresented at every level of government.”

With a record 36 women already serving in California’s 120-member Legislature, Bonta says more women would run for public office if only they could use campaign funds to pay for childcare.

“AB 220 will help create greater gender parity among elected officials in California and more broadly help all parents with young children who seek or serve in public office by allowing the use of campaign funds for child care expenses,” said Bonta. “The California State Legislature is currently 30 percent female. That is a marked change from just a few months ago when the legislature was only 23 percent female. Yet, there is more work to be done to bring about true parity that reflects the people of California.”

“This bill would authorize the use of campaign funds to pay for child care expenses resulting from a candidate or officeholder engaging in campaign activities or performing official duties,” AB 220 says.

With the way the bill is written, could campaign funds also be stretched to allow paying for private schools, summer camps or dependent elderly adult care if an officeholder is campaigning?

“The public has little enthusiasm for seeing political candidates’ lifestyles further subsidized by powerful lobbyists, corporations, public employee labor groups, or by powerful and wealthy individuals seeking political favors or appointments to salaried commissions and boards,” said a Capitol consultant, who asked to remain anonymous. Yet Bonta has already received 10 co-authors on the bill.

Bonta and his wife both work and have three school-age children who may have still need childcare.

Earlier in 2018, the Federal Election Commission ruled to allow a female candidate from New York running for Congress to use some of her campaign funds to cover child care costs, largely because she worked from home as a consultant while providing full-time care for her children. However, this set a precedent, allowing congressional candidates can use campaign funds for child care, and now several states are attempting to authorize the same.

“We’re allowed to pay for drivers, schedulers, and other support yet covering the necessary cost of caring for our children is excluded. Giving women and families the support they need to run for office is far overdue,” said Senator Nancy Skinner (D-Berkeley).

Assemblywoman Lorena Gonzalez (D-San Diego), joint author of AB 220, added, “We will not see gender equality in elected office until this campaign finance law is modernized.”