A bill authored by Assemblyman Evan Low (D-Campbell) to “protect consumers” from the popular orthodontic treatment using clear aligners, is highly dubious, according to an op ed written for California Globe by Dr. Michael Guirguis who is a California dentist.

“AB 1998 removes the treating dentist from this important decision as to whether or not to expose a patient to potentially harmful radiation,” Dr. Guirguis said. “In contrast, there is no such standing order for x-rays with very invasive dental procedures such as implants and root canals.”

It’s a curious bill to author, and even more curious that it is proceeding forward with a hearing Monday July 27, even with the shortened legislative session stressing COVID-related bills, and legislation to assist with an economic recovery. Most other unrelated legislation has been pulled until next year.

However, Low’s uncle is an Orthodontist. “Did you know you wanted to be in politics when you were growing up?” the Silicon Valley Business Journal asked Assemblyman Low in 2016. “I’d say the contrary. My father is an optometrist, and my uncle is an orthodontist…”

“Green argues that low-income families would struggle significantly to meet those requirements. In an interview with MarketWatch, Low conceded, ‘this will disproportionately hurt communities of color; not everyone can go to health-care providers. But the reality is that subpar treatment can do real harm, the risk is too high.’ That candor only reinforced Green’s concern.”

“When you have a guy in Evan Low, who can come out and be quoted saying, ‘This will disproportionately hurt communities of color’ and yet he’s still going to push a bill, he’s telling you what his agenda is,” Green said. “He’s telling you what he cares about, and Black people aren’t one of them. When you start talking about Black communities, we don’t have a voice.” 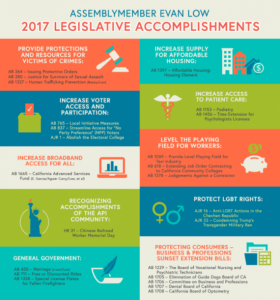 Besides authoring AB 1998, Low appeared tone deaf in a tragic situation with the subsequent legislation, and ended up on looking like a stooge for the dental lobby.

In 2015, a six-year-old boy died after he stopped breathing when an oral surgeon administered anesthesia prior to a tooth extraction. “The family learned on March 13, 2015, when Michael Doucet, an oral surgeon, prepared to pull one of [six-year-old Caleb Sears’] teeth that was coming in wrong,” the Sacramento Bee reported in 2017. “As was his practice and that of other oral surgeons, Doucet anesthetized Caleb with heavy drugs: propofol, ketamine, fentanyl, nitrous oxide, lidocaine, midazolam. It went terribly wrong. The little boy stopped breathing before the surgery began. Doucet tried to insert a breathing tube down young Caleb’s throat. He failed. He called for the crash cart, but it lacked vital items. His assistants couldn’t find a particular drug that should have been within easy reach to ease intubation. One of Doucet’s assistants called 911, too late. By the time the ambulance arrived, Caleb had no pulse. His body lived on for two days, but his brain had died,” Dan Morain reported in “How $3 Million In Political Donations Stands In The Way Of Justice For This Boy’s Death.”

Morain reported that oral surgeons and dentists opposed an effort by Caleb’s family to change California law to require anesthesiologists to administer anesthesia during oral surgery. But because of a very strong and well-funded dental lobby, Assembly Business and Professions Committee chairman “Assemblyman Evan Low, imposed an amendment that was just what the oral surgeons ordered. Essentially, it would allow them to conduct business as usual. The committee approved it.”

Caleb’s family was shocked at the political machinations.

The Bee’s Dan Morain also reported on the significant political clout the California Dental Association has achieved over the years, growing in financial and lobbying prominence.

Since 2015, the Secretary of State’s website has listed how Evan Low’s Assembly Campaign Committee has taken at least $59,000 in contributions from dentists, the dental industry and entities affiliated with dentists.

Notably, Low, whose father is an optometrist, has not only authored dental legislation, he authored a 2017 bill extending sunsets for the State Board Of Optometry.

Assemblyman Low’s website reported: “AB 1708 – California Board of Optometry. Extends the sunsets for the California Board of Optometry (Board) and its authority to appoint an executive officer from January 1, 2018 to January 1, 2022; redefines the term ‘advertise’ to include the Internet for purposes of the Optometry Practice Act; and makes various changes to statute to improve the state’s oversight of the optometry profession and related eye health professions.”

In spring 2019, the California Optometric Association named Evan Low its “Legislator of the Year” and Low’s father “Key Person of the Year.”

And the California Optometric Association Twitter feed announced this: @COA_Vision in 2019.

COA’s Key Person of the Year and Legislator of the Year – Dr. Arthur Low and Assemblymember @Evan_Low pic.twitter.com/EX7lJjHFj8

The award did not go unnoticed:

It came with a cash price it seems. pic.twitter.com/xoLnnPeQbw

Since 2015, Low has taken at least $54,568.74 in campaign contributions from Optometry interests, according to the California Secretary Of State website. 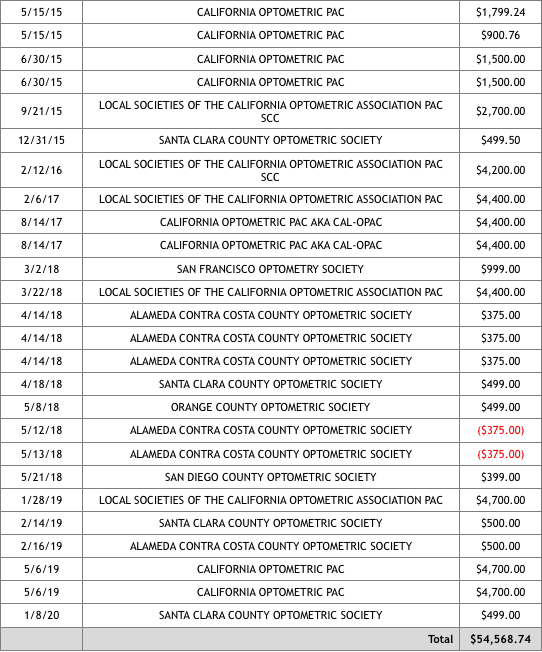 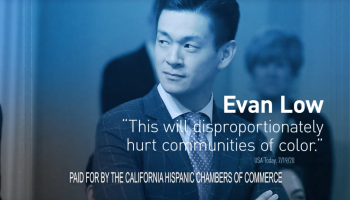 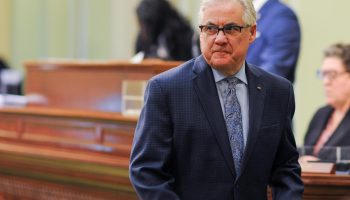 Roughly 75% of all EDD callers cannot reach a representative in a given week. 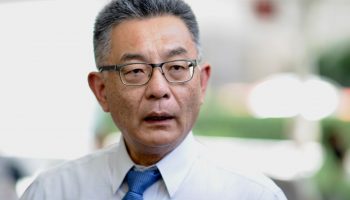 ‘No parent would even dare say that about their kids’