Home>Articles>Delegation of Authority by the Legislature
14 Feb 2020 6:46 am

The more that authority is delegated, the more likely it will be deemed unlawful.

In delegating authority to the executive branch of government, a question that is often raised is whether legislatures can be expected to adopt statutes that address every detail of public policy? In some instances, they can, but in others they cannot. As a result, there is expected to be some delegation of legislative power to the executive branch of either the federal or state levels of government.

Issues are raised, however, regarding which powers can be delegated to the executive branch and to which agencies or departments, as well as to what extent that delegation can take without running afoul of constitution limits. The question occasionally arises how broadly can the Legislature delegate authority to state agencies and departments?

Generally, when this authority is delegated to state agencies, the Legislature will articulate guidance in the use of that authority by the state agency. To do otherwise is tantamount to an improper delegation of legislative power. There are many state appellate court decisions in this area of constitutional law.

In general, an unconstitutional delegation of authority occurs when the legislature (1) leaves the resolution of fundamental policy issues to others or (2) fails to provide adequate direction for the implementation of that policy. Interested persons can review appellate court decisions on the topic of delegation of legislative authority, such as Carson Mobilehome Park Owners’ Assn. v. City of Carson (1983) 35 Cal.3d 184, 190.

In that case, the appellate court stated, “An unconstitutional delegation of power occurs when the Legislature confers upon an administrative agency the unrestricted authority to make fundamental policy determinations. To avoid such delegation, the Legislature must provide an adequate yardstick for the guidance of the administrative body empowered to execute the law.

“Underlying these rules is the belief that the Legislature as the most representative organ of government should settle insofar as possible controverted issues of policy and that it must determine crucial issues whenever it has the time, information and competence to deal with them.” Other cases have made similar determinations, such as Clean Air Constituency v. State Air Resources Bd. (1974) 11 Cal.3d 801, 816-817.

An interesting example occurred in California Radioactive Materials v. DHS (1993) 15 Cal. App. 4th 841, 19 Cal. Rptr. 2d 357, in which the parties litigated over an order for formal adjudicatory proceedings to determine whether that order was the result of unlawful coercion by members of the Senate Rules Committee during the confirmation hearings of senior officials to head the Health and Welfare Agency.

The Senate Rules Committee admitted that it obtained an agreement for further administrative proceedings from those appointees during the confirmation process, but the legislators characterized the agreement as a legally proper compromise between two branches of government.

The appellate court, on the other hand, concluded that the Senate Rules Committee’s interference in the administration of the law was unconstitutional and the purported agreement with the administrative officers was void. The appellate court explained that formal adjudicatory hearings are not otherwise required by law and the void agreement was the only basis upon which the Agency intended to conduct further proceedings.

In the end, the fundamental issue the courts look at is how much authority can be delegated to the agencies in the executive branch. It appears that the more that authority is delegated, the more likely it will be deemed unlawful. As such, the Legislature must remain vigilant in its delegation efforts. 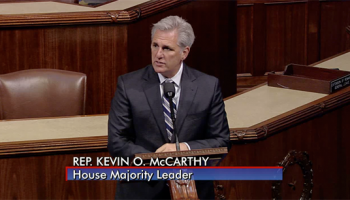 The DMV is Under Scrutiny for its Voter Registration Mishandling 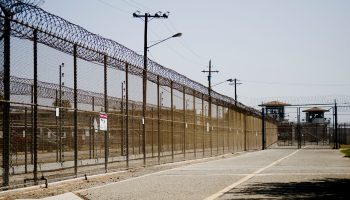 Nearly 2,400 prisoners currently have coronavirus due to lack of health safety measures