Home>Articles>Thousands at Peaceful Sacramento Capitol Protest to #EndtheLockdown
01 May 2020 7:40 pm

Thousands of flag-waving Californians descended upon the State Capitol Friday for a protest of Gov. Gavin Newsom’s statewide stay-at-home lockdown order, which has caused millions of residents to lose their jobs and businesses.

This peaceful, respectful protest was depicted in mainstream news outlets as something else entirely.

There were “hundreds” of California Capitol protesters Friday at the State Capitol, as reported by the Los Angeles Times, when there were very clearly thousands of people stacked many layers deep on the sidewalks surrounding the Capitol grounds carrying American flags, Trump 2020 flags and protest signs, and another thousand plus in cars, big rigs and motorcycles on the streets adjacent to the Capitol.

Notably, while thousands of California residents traveled to the State Capitol from as far away as San Diego and Los Angeles, and the Northern most parts of the state to protest the lockdown, Gov. Gavin Newsom noted in his daily press conference that today is May Day – International Workers Day, which is a Communist worker celebration.

KOVR Channel 13 in Sacramento said there were 500 cars around the Capitol.

California Globe was live broadcasting from a very lovely RV with Sacramento radio talk show host Phil Cowan of AM1380 The Answer, and was caught up in the gridlock of far more than 500 cars, for well over one hour – our estimate is more than 1,000 cars.

“The demonstration was unauthorized and not permitted by the California Highway Patrol,” the LA Times reported. Organizers applied for a permit but were denied. And the First Amendment is the only authorization actually needed for a protest.

To see the headlines from mainstream media, one would think it was one wild day full of arrests of riff-raff:

Cops face off with protesters at California’s Capitol as they demand end to stay-at-home order the Sacramento Bee reported.

For the record, “Rowdy” means: “A rough, disorderly person; A riotous, turbulent fellow; a person given to quarreling and fighting; a rough.”

At Friday’s protest, there were mostly families, couples, kids, young people, moms, dads, bikers (on their motorcycles), all cheering, and holding patriotic signs.

One Facebook post from a friend explained the protest well: “Massive MASSIVE protest at the Capitol after CHP refused to issue a permit. People are rightfully upset. We have 1 branch of government in power right now, and it’s all shoot-from-the-hip reactionary governance by a guy who thumbs his nose at the Constitution and the will of voters.”

California Globe spoke to many of the protesters who said while masks were suggested, they said the coronavirus has been overstated, and the data shows this.

Overhead, a plane had been rented which trailed a banner with Gov. Newsom’s photo which said, “End his Tyranny.”

The gist of the protest was the loss of jobs and the business closures, which many we spoke with said was gross overreach by state government. A court reporter from San Francisco said she’s been unable to work since the courts closed. She’s an independent contractor, and is doubly hit by Assembly Bill 5, which killed most freelance and independent contractor jobs in more than 300 industries in the state.

Business owners we spoke with said they were fed up and planned on reopening their businesses despite the Governor’s orders.

Most of the people in attendance are not regular agitators and were only there to push for the reopening of the state. Several noted that “we are not all in this together” as “government employees are not missing any paychecks.”

As one SacBee commenter said, “No hostile crowd as you wrote. No hordes of angry citizens as you portray. And you wonder why we call you FAKE NEWS. I also know of people who were there and have video of their own.” 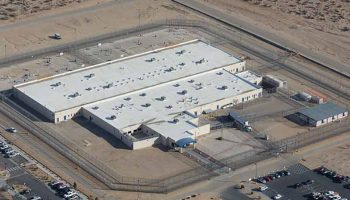 Shuttering private prisons with the goal of shutting down ICE 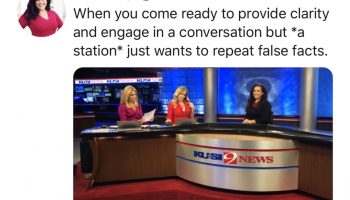 ‘These aren’t jobs, they are freelance positions’ 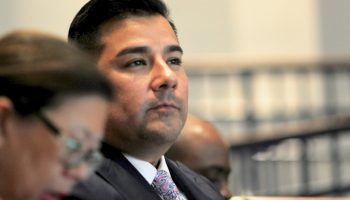 Why Is Ricardo Lara Quiet on Hundreds of Thousands of Homeowners Insurance Cancellations?

Calif. Insurance Commish cozies up to insurance industry while real estate crisis could be looming

14 thoughts on “Thousands at Peaceful Sacramento Capitol Protest to #EndtheLockdown”