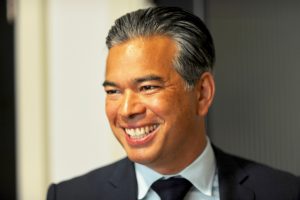 Relations between the San Francisco DA’s office and the SFPD have been at a standstill since February 3rd when the SFPD announced that their MOU, an agreement that allows the DA to independently investigate officer-related shootings and other use-of-force incidents that result is death or injury, with the DA’s office was terminated. The contention dates back to late January when, during a San Francisco Superior Court hearing, District Attorney Office employees revealed that the DA’s office had been systematically violating the MOU’s terms. DA Office employees, under sworn testimony, told how they were under pressure from assistant district attorneys and would mislead police investigators about the status of criminal investigations and would withhold evidence from sworn affidavits.

The revelations shocked the SFPD and many San Franciscans in general, while DA Chesa Boudin and the DA’s office refuted the allegations and said that his office had done nothing wrong. SFPD Bill Scoot proceeded to terminate the agreement and contacted the State Attorney General’s office on how to proceed next, and due to AB 1506, possibly take over MOU investigations in the city.

With talks have not progressed since then, San Francisco and state officials have scrambled to find a solution, given that with a suspended MOU, there can be major repercussions if a police shooting or other event happens in the city in the interim. Wanting to avoid that situation, Bonta, Breed, and Chiu intervened on Monday, with their offices now involved in the upcoming negotiations between the DA’s office and SFPD.

“We are all working together to support the parties to swiftly and collaboratively reach an agreement on the terms of an amended MOU that address the significant issues of compliance, accountability, and mutual expectations,” said the three offices in a joint statement on Monday. “Fundamentally, the MOU is an important tool for advancing transparency and accountability, which are cornerstones in ensuring effective policing and fortification of trust between law enforcement and the communities they serve. The MOU has also been critical for achieving compliance with recommendations made by the U.S. Department of Justice, which San Francisco has been working to meet over the last several years.

“We appreciate our collective conversations with the District Attorney’s Office and the Police Department, and their willingness to come to the table to renegotiate the MOU. Our three offices will work closely with both parties to advance these efforts with all due haste. We are committed to ensuring that any past violations of the MOU are addressed as this effort moves forward, and to working to identify and resolve concerns raised regarding any potentially systemic deficiencies that have contributed to distrust.

“Both the District Attorney and the Chief of Police have expressed their commitment to independent and fair investigations when these incidents involving police officers do occur. As these efforts to renegotiate and strengthen the MOU get underway, we collectively reaffirm that all parties are committed to ensuring that such a process is able to continue in the City and County of San Francisco.”

In a statement on Monday, DA office spokeswoman Rachel Marshall said that “the DA’s office remains committed to prosecuting unlawful use of force. We are hopeful that we will be able to reach an agreement that preserves our ability to conduct independent investigations of police use of force.”

SFPD Chief Scott noted something similar, saying that he praised the three for coming in to help reach a new cooperation agreement and that “Accountability and transparency must be mutually honored by both parties in agreements such as these.”

Outside observers noted that both state and city officials could put pressure on the two sides as well to come to an agreement sooner rather than later.

“Whenever someone from Sacramento comes to look into something, there’s always pressure to resolve whatever problem  is there quickly,” explained former police officer and current security consultant Frank Ma to the Globe on Monday. “When I was a police officer we had a pretty serious incident that our department was involved with. It wasn’t going anywhere, and was blocking a lot of things from happening in the city. I mean, it caused parades to be cancelled and really got under people’s skin. But nothing happened until the state sent some people out here. Within days, everyone in city government came down because they were afraid of the negative press that could come since the city was up for some grants and couldn’t afford to look bad.”

“Everything was resolved within 48 hours. I won’t say it will happen this fast and the circumstances are much different. But it always has an effect, and it will happen here with the SFPD and SF DA.”

Negotiations between the two are set to begin later this week.

One thought on “AG Bonta, SF Mayor, SF City Attorney Working Together to Solve Suspended Agreement between SFPD and DA”