Aggie Square is a $1.1 billion proposed project located at Stockton Boulevard and Second Avenue in Sacramento, mostly on property owned by UC Davis. It is a public-private partnership between University of California, Davis, Wexford Science and Technology and the City of Sacramento, and would expand the university’s Sacramento campus, creating a state-of-the-art hub for research, innovation and education, according to the City of Sacramento.

At a time when all construction workers have been deemed essential, in the SUPPLEMENTAL MATERIAL Item 28 – Partnership Agreement for Aggie Square Ph 1 (PDF-2687 KB) , section A (vii) states Wexford’s third-party contractor selected to construct Aggie Square shall enter into a community-workforce agreement (CWA) with the Sacramento Sierra Building and Construction Trades Council and its affiliated unions, regarding certain wage terms, individual trade separations, local contracting, local hiring, apprenticeship programs, and other labor-specific benefits related to construction of Aggie Square.

We applaud the goal of the Aggie Square team members who proposed the agreement to employ local, economically disadvantaged, pre-apprentice and entry-level hires, veterans and women-owned businesses, but we do not applaud that the majority of diverse workers who live in the city will now be denied the opportunity to earn prevailing wages by not being welcome to work on a project with a one-time economic construction impact estimated at $2.6 billion and 7,100 direct construction jobs.

ABC NorCal represents working Sacramentans who build commercial, industrial and affordable housing projects and is a provider of state and federally approved apprenticeship programs in carpentry, construction craft laborer, electrical, painting and plumbing that connects students, women, those in underserved communities, reentering citizens, and veterans, among many others with rewarding careers in construction.

Whose decision was it that this project was going to be covered by a community-workforce agreement?

Who has been negotiating the CWA/PLA and why has there been no contractor input?

Why is it needed?  What problem has been identified?

Our research tells us that under a Community Workforce Agreement (CWA)/Project Labor Agreement (PLA) a number of local workers and apprentices are shut out.  Why are you not opening up this project to the entire construction community?

Were local contractors, both union and non-union, surveyed as to whether or not they would bid the project with a CWA/PLA on it?

Do you believe that the CWA/PLA should require its non-union construction contractors to obtain their workers from union “hiring halls” rather than from the contractors’ permanent workforce?

Do you believe that the CWA/PLA should require all construction workers to pay union dues and union initiation fees to work on the Aggie Square project?

Do you believe that the CWA/PLA should require its construction contractors — both union and non-union — to sign a union agreement that these contractors had no role in negotiating?

Do you believe that out-of-area union members will have preference over local nonunion workers for this work?  If this is the case, then we have done absolutely nothing to build opportunities for Sacramentans.

How Will this CWA/PLA mandate create a net gain in local employment?

Can non-union contractors use their entire existing local nonunion employees under this CWA/PLA?

Traditionally, CWAs/PLAs include a variety of provisions that actually discourage many local construction firms from bidding. In short, construction firms owned by women, veterans, and minorities — being generally smaller and non-union — need not apply.

When non-union contractors bid on work, they base the bid on their crews’ talent, training, experience, commitment to quality and track record of performing work safely and ethically. Should a non-union company be granted a CWA/PLA contract, it must attempt to complete the work using workers sent by a union hall that the company has no previous experience with. This forces contractors to potentially use someone with a different (possibly lower) skill set or ability. It also gives out-of-town union workers priority over non-union workers living closer to home.

As a result, local skilled, trained and certified workers miss out on work in their backyard that they have spent their careers performing. The taxpayer, too, suffers when CWAs/PLAs are put into place because the agreement shrinks the number of bidders for projects to just a few, and, often, to only one, thereby inflating the cost of every project.

Studies and real-life examples show that construction projects that don’t have an open competitive bidding process can be 40% more costly.

We trust Aggie Square partners will change their mind and ensure any agreement will create pathways and opportunities for not only those wanting to enter the trades, but for all existing essential workers and apprentices in the region. 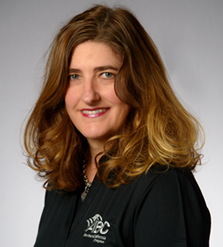 Nicole Goehring
Nicole Goehring is the Vice President of Community and Government Relations for the Associated Builders and Contractors Northern California Chapter. ABC is a national construction industry trade association established in 1950 that represents more than 21,000 members.

Latest posts by Nicole Goehring (see all)
Spread the news: