This winter, after viewing the Pacific Union rail yards littered with remnants of stolen packages, California Governor Gavin Newsom commented that it looked like a third world country.The Governor is right in one respect: California is quickly devolving into a third-world environment. Not because of crime and homelessness, but because of the state’s disregard for the rule of law.

Consider a press release I received this past week from the California Labor Commissioner. The state announced a proposed fine of $3.3 million for the owners of SoCal’s Terranea Resort, over an alleged violation of SB 93 – a law that requires businesses to rehire hotel workers laid off after the Governor shut down the state for a year.

The Commissioner held no hearings on the alleged violation, there was no trial, and we don’t know the facts–just a trial by press release and a fine.The strategy had its intended effect, with several local news outlets reporting the state’s proposed $3.3 million fine. But upon closer reading, the state’s case starts to unravel quickly. The press release starts off with a claim that 53 workers had not been rehired.  It is not until you read down a few paragraphs that you find out that the Commissioner claims that only five workers out of those 53 have not been recalled.Apparently, the other 48 are already back at work or had refused job offers—which means the fines are either based on the order they were rehired, or the job description they were hired into. Read that again: The state is fining a company north of $3 million for allegedly failing to rehire employees in the right order.If that sounds silly, it is. But $3.3 million is no laughing matter.  Because the company has yet to have its day in court, we have no idea how the state calculated its fine or whether its theories have merit. Indeed, the company in its press statements said it believes it followed the law, and was hamstrung by ambiguous and poorly-defined wording. For example, the law says an employee must be rehired into a “same or similar” position, but never bothers to define what that means.The company will next have a hearing before the Labor Commissioner, but this process is even less fair: The hearing is spearheaded by the “Labor Commissioner or his or her deputy or agent”–the same parties who just criticized the company in a press release. How can anyone expect a fair trial in this star chamber?

What we used to call the Golden State is now an example of what third world countries might become if they stop trying to improve, and instead focus on empowering cronies. (In the case of Terranea, the state appears to be partnering with controversial hotel union Unite Here Local 11.)  But businesses are packing up and leaving California because of its regulatory climate that seeks to punish business rather than encourage innovation and job creation.

So many people have left California that the state actually lost one of its assigned spots in Congress.  It is losing out to states that work with businesses, large and small, to create opportunities for their citizens.California businesses are struggling to reopen as the state lifts its draconian pandemic orders.  The Governor ordered businesses to shut down and ordered people to stay in their homes as part of his plan to stop the spread of COVID-19.  It did not work. Too many people lost their jobs because of these draconian orders, but now the state, through the Labor Commissioner, is trying to shift the blame to businesses that were forced to shut down.Businesses are now struggling to make a come-back.  They are reaching out to their employees to offer them a chance to go back to work. But the state, far from supporting this effort, is standing in the way. The prospect of trial by press release is hardly a way to encourage businesses to reopen.  It is no wonder businesses that can leave are looking to relocate. 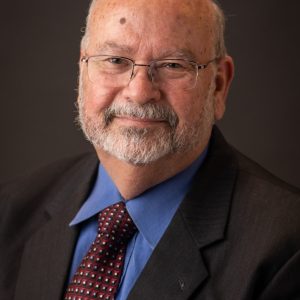 Anthony Caso
Anthony T. Caso is a Clinical Professor of Law at Chapman University, Fowler School of Law and a Senior Legal Fellow for the Claremont Institute.

Latest posts by Anthony Caso (see all)
Spread the news: