Home>Articles>California’s Homeless Could Provide the Answer if the Cost of Our Economic Shutdown is Worth It
30 Mar 2020 2:10 am

“If we’re willing to submit to this kind of oppression without question or accountability, our political class won’t hesitate to do it again the next time they conjure up a ‘public emergency.’”

As Californians settle in for our second full week of “martial law lite,” it’s worth asking the question: Is it working?  Are we really sparing ourselves untold death and suffering by sitting around the house binge-watching TV and browsing music services for songs to add to our Pandemic! playlists? (“Don’t Touch Me There” by The Tubes is a personal favorite, or anything by the Georgia jam band Widespread Panic.)

The damage we’re doing is severe, and we need to know if, on balance, it’s making a positive difference, or are we—to paraphrase a purported quote from the Vietnam Era—destroying the village in order to save it?  Once the dust settles—Wuhan-free dust, we hope—some serious analysis is in order to determine whether these draconian measures were successful, because if we’re willing to submit to this kind of oppression without question or accountability, our political class won’t hesitate to do it again the next time they conjure up a “public emergency.”

Since we first acknowledged the threat of COVID-19, we’ve been assailed with gruesome warnings of the horrors we face if we don’t take drastic action right now.

To cite just two over-the-top examples, California Governor Gavin Newsom warned us that 56% of Californians could contract the virus.  Michigan Governor Gretchen Whitmer claimed that as many as 7 million Michiganders—in a state of only 10 million— would catch this merciless bug.  Yes, your math is correct, that would be an infection rate of 70%!

Both those predictions appear to be overblown to the point of absurdity, so where, you might ask, did they get these alarming numbers?  From the same place all these scaremongers have been getting their doomsday data, the COVID Act Now website.

COVID Act Now is a site that purports to be an “online mapping tool,” and their dire prognostications are based on computer models designed by a research team at Imperial College London.  To put it mildly, those models have proven wildly inaccurate thus far.

In a recent article at The Federalist, Madeline Osburn thoroughly documents the many errant predictions by these purported scientists, mistakes so egregious that no responsible public official should ever take them seriously again.  These folks weren’t just missing the bullseye, they appeared to be aiming at a completely different target.  Because they were.

The purpose of COVID Act Now was never to provide an accurate scientific assessment of the potential threat posed by the Wuhan virus, it was to induce panic in our public policy makers.  They admit it.  This statement appears on their home page header: “Public leaders & health officials: The only thing that matters right now is the speed of your response.  This model is intended to help make fast decisions, not predict the future.” That admission should send a shiver down the spine of every freedom-loving person on the planet, because it exposes the dirty secret that science is being corrupted to justify the expansion of political power.

Whether we’re talking about global pandemics or global warming, our political leaders have engaged in a concerted effort to curtail our personal liberties, and we’re being told it’s necessary because scientists say so!  The problem is, it’s not just bad science, it’s fraudulent science.  The predictive value of computer models is questionable at best and should be subjected to rigorous scrutiny before being used as the rationale for making any consequential public policy.

Climate models have proven wrong again and again, but that doesn’t deter the global warming hucksters one bit.  When their models prove wrong, they just design a new, scarier one, and shriek louder about the doom that awaits us if we don’t surrender more of our rights to the state.  “This is science we’re talking about!  You’re not… anti-science… are you?”  Hence, we wind up with things like carbon taxes.

The same strategy is being employed now, only this time the pandemic modelers are openly admitting that they don’t even care if their predictions are valid, their goal is to scare public leaders into enacting more oppressive policies, and to scare us into accepting them.  Hence, we wind up cowering in our homes, afraid to send our kids down to the park for an hour, lest some insufferable, virtue-signaling noodge on social media starts screeching in ALL CAPS about how their neighbor is indifferent to human suffering and should be publicly shamed by all the other insufferable social media noodges.

The cost of our pandemic response policies has been incalculable.  Jobs lost.  Businesses ruined.  Savings decimated.  Constitutional rights trampled.  Did the price need to be that high?  We have a son living in South Korea, and when we told him what was happening here, he was puzzled.  The Koreans managed to flatten the infection curve without crushing commerce or forbidding public gatherings.  Restaurants, bars, and coffee houses have stayed open, and ridership on Seoul’s subway system remains active.  They’re not out of the woods just yet, but they’ve proven that there are effective methods of dealing with a viral outbreak that don’t involve wrecking your national economy overnight.  Why were we willing to go there so quickly?

It’s a near-certainty that when this episode finally blows over—and it will—our public officials will assure us that the high cost was worth it, that the only reason half the country isn’t sick and dying is because of their swift, decisive leadership.  “You’re welcome, America,” they’ll say, “We did it together!  Thanks for your cooperation!”  Except we aren’t in this together.  That’s the big lie.

Those same public officials who insist that the economic calamity they foisted upon us is simply the cost of our collective social responsibility, are not sharing that cost.  Their businesses aren’t being destroyed.  Their pensions are guaranteed.  They haven’t missed a single paycheck.  For the more libertarian among us, it’s hard not to see this as something of a totalitarian dry run, priming us for what’s to come the next time they conjure up some national emergency, and that’s a far more frightening prospect than Wuhan flu.

That is why it is imperative that once this madness is behind us, we take a hard, dispassionate look at what was done, and reach a logical, fact-based conclusion about whether it was warranted.  It’s time to demand some accountability from our political leaders.

We can begin by asking why none of our public policy experts heeded the scientific opinions of some, like Stanford immunologist John Ioannidis, who warned of a lack of reliable data to validate such a harsh response, and cited the Diamond Princess cruise ship outbreak as a reasonable blueprint for how we might expect COVID-19 to behave among the general public.  3,700 people, many of them older—it was a cruise, after all—shared space in a contained environment while the virus ran wild, yet only 17% of them were infected.  That makes Governor Newsom’s claim of a possible 56% infection rate seem rather outlandish.  Did he know these facts at the time and ignore them in favor of scaring the daylights out of his constituents?  That wouldn’t just be outlandish, it would be irresponsible.

There might also be a way to figure out whether our state-mandated quarantine was necessary by comparing the viral epidemiology of the general population—the self-quarantined group—with that of a non-quarantined group.  A control group, if you will.  The unsheltered homeless.

As California Globe writer Edward Ring recently noted (“While Venice Beach Residents Are Under Lockdown, Homeless and Encampments Grow and Thrive”—March 26), while the rest of us are sheltering-in-place, the unsheltered homeless appear to be immune.  Not to the virus, mind you, but to the rules that the rest of us are expected to follow.  California officials are making a half-hearted attempt to get a limited number of them off the street—placing some in motels, a few others in trailers—but it’s hardly been a FEMA-caliber effort to get our homeless population into a situation where they can be semi-quarantined.  One might think that in a public health emergency this serious, the logical and humane policy would be to round up the homeless and force them into safer conditions to spare them from the ravages of this virulent, deadly illness, but there appears to be little appetite for such a policy.  Most remain on the street, living in filthy, unguarded conditions, the perfect atmosphere for an unchecked viral plague.  If there is any subset of the population that is likely to experience the kind of worst-case-scenario they’ve been feeding us, it is the unsheltered homeless.  We need to track it and compare.

Accurate counts of the homeless population are almost impossible, but we can make some reasonable assumptions based on commonly accepted estimates.  California is home to roughly 150,000 homeless persons, nearly 70% of them unsheltered.  Even the most cautious calculation puts the unsheltered population at around 100,000.  It’s a pretty safe bet that most of them will remain right where they are, not bothering with any of the recommended mitigation measures like hand-washing and social distancing.  In a community where the common practice is to leave your dirty needle in the gutter next to the pile of feces you just deposited, do we really expect increased sanitation practices?  Not likely.  The homeless will pass this virus around like a bong at a frat party.

Therefore, if Governor Newsom is correct, we should reasonably expect 50-60,000 homeless persons to become infected.  If we calculate the high-end mortality rate estimate of 3%, which is the figure that has been used most often to frighten us into compliance, we arrive at 1,500-1,800 homeless Californians killed by the Wuhan virus.  Those are probably modest estimates.  When Newsom claims a 56% infection rate, that refers to a populace that is, for the most part, actively taking measures to avoid the virus.  We would have to expect a worse outcome among a population sample that is notorious for its lack of cleanliness.  We might also anticipate a higher mortality rate, since the homeless are far more likely to suffer from existing health conditions.

But, just to be cautious, let’s keep our estimates on the low side.  50,000 infected, 1,500 dead.  That would be significant, especially at a time when we’re experiencing a total freak out over a nationwide death total (at this writing) of around 2,200.  If that is what we see happen among our homeless, then perhaps one could make the case that shutting down society reaped a benefit that was worth the cost.  If not—and I don’t expect we’ll see numbers close to that, should anybody even bother to ask—then we were played for suckers, and we must demand that the perpetrators of the con job be held accountable.

This is a perilous time in our nation’s history.  The foundational principles of our founding are being incinerated in the name of public safety by a political and bureaucratic class that views our freedom as an impediment to their goals.  We cannot let this episode pass without asking tough questions and demanding answers.  If we don’t, then command-and-control government will become the norm.  Is that an America we want to live in?  It’s time to speak up… before they put us down.  Permanently. 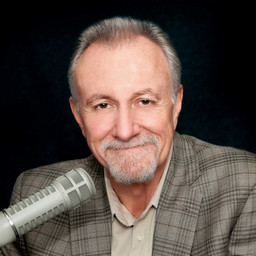 Phil Cowan
Phil Cowan is the morning host on Salem Media’s Sacramento talk station, AM 1380 The Answer, and a 35 year radio veteran.He is also the recipient of two regional Emmy Awards for his television work.He can be reached at phil@am1380theanswer.com.

Latest posts by Phil Cowan (see all)
Spread the news: